Belated notification....this is an ALPA reported death that we had not previously been made aware of.  The ALPA column is the issue month in which the death was reported.  Below is what information I could find for pilot Jay C. Substad.  His obituary indicates he was a pilot but does not mention what company he flew for.  However, another article that I found mentions that he was a pilot for Mesaba Airlines, then for Northwest, and that he was laid off in 2003.  And that’s when Jay’s life changed direction and he was called to help those less fortunate.  He was the founder of Agua Viva, a nonprofit organization that organizes short-term mission trips to rural villages in Honduras to help the community build clean, sustainable water systems.
Articles mention that Captain Substad died unexpectedly but I was not able to determine cause of death.
Thank you for any other information that anyone might have to offer.
~ Carol for the PCN
Memorial blogspot   http://pcnflightwest.blogspot.com/ 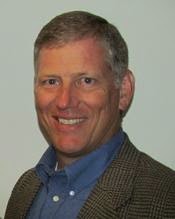 Captain Substad’s obituary may still be viewed online at the funeral home website http://www.whitefuneralhomes.com/fh/obituaries/obituary.cfm?o_id=2385935&fh_id=11395
Jay’s memorial service may be viewed in its entirety on youtube at https://www.youtube.com/watch?v=DrlLK1j1Gxg  View more tributes at https://www.youtube.com/watch?v=G6wLAGcUedk
Jay is survived by his wife Susie and their children.
Whitepages lists the Substad’s address as
23955 Beard Ave.,  Lakeville  MN 55044-8152  ...  (952) 469-2343
Substad, Jay C.: Newspaper Obituary and Death Notice
Star Tribune: Newspaper of the Twin Cities (Minneapolis, MN) - Monday, January 20, 2014
Deceased Name: Substad, Jay C.
Substad, Jay C., age 47, of Lakeville, ran into the warm embrace of his Savior, Jesus Christ, on Jan. 17, 2014. Preceded in death by his mother, Jane. Survived by his beloved wife of 26 years, Susie, and the great joys of their lives, children Allison (fianceé, Grant Mitchell), Bethany, Trent and Burk; his father, Robert (Gong); his two brothers, Todd (Diane), Keith (Lonna) and his sister, Paige, and many nieces and nephews. He was loved and will be deeply missed by numerous family and friends whose lives have been made rich beyond measure by having known him. Jay was known for his passion- first for his Savior and then his family and friends in whom he invested deeply. Another of Jay's great passions in life was his work to bring Christ and clean water to the remote villages of Honduras. As the founder and heartbeat of Agua Viva, Jay led a number of mission trips over 10 years, in addition to spending several years living among the poor, those dear to God's heart. A celebration service of Jay's life will be held on Wednesday, Jan. 22 at Faith Covenant Church, 12921 Nicollet Ave. S., Burnsville MN at 11 a.m. Visitation will be held the night before, Tuesday, Jan. 21, from 5 p.m. to 8 p.m., also at Faith Covenant Church. In lieu of flowers, memorials may be given to Agua Viva. (www.aguavivaonline.org) Condolences at: www.whitefuneralhomes.com
-------------------------------
https://www.bethel.edu/alumni/awards/college/jay-substad 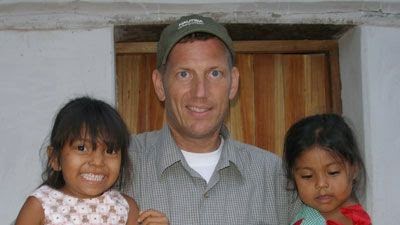