I am so saddened to hear about Mauri's death as all of us are who knew him.  I flew with Mauri many hours back when I was a radar observer in the WisANG  (1958 to 1961)plus we pulled a year of alert together as a crew.  He is the person I give credit to for my signing onto Delta Air Lines.  I was going to attend grad school but Mauri talked to me about Delta hiring and then stuck an application in my pocket to fill out.  The rest is history.
As things would have it I made a point of visiting him in the nursing home up in Lodi, Wisconsin back on the 31st of August.  In his condition he couldn't talk but looked at me as I related past events of our times  in the "guard".  We spent about an hour together.
Attached is a photo of the Mauri Kuenzi that I remember.
Thanks,
Dick Gardner 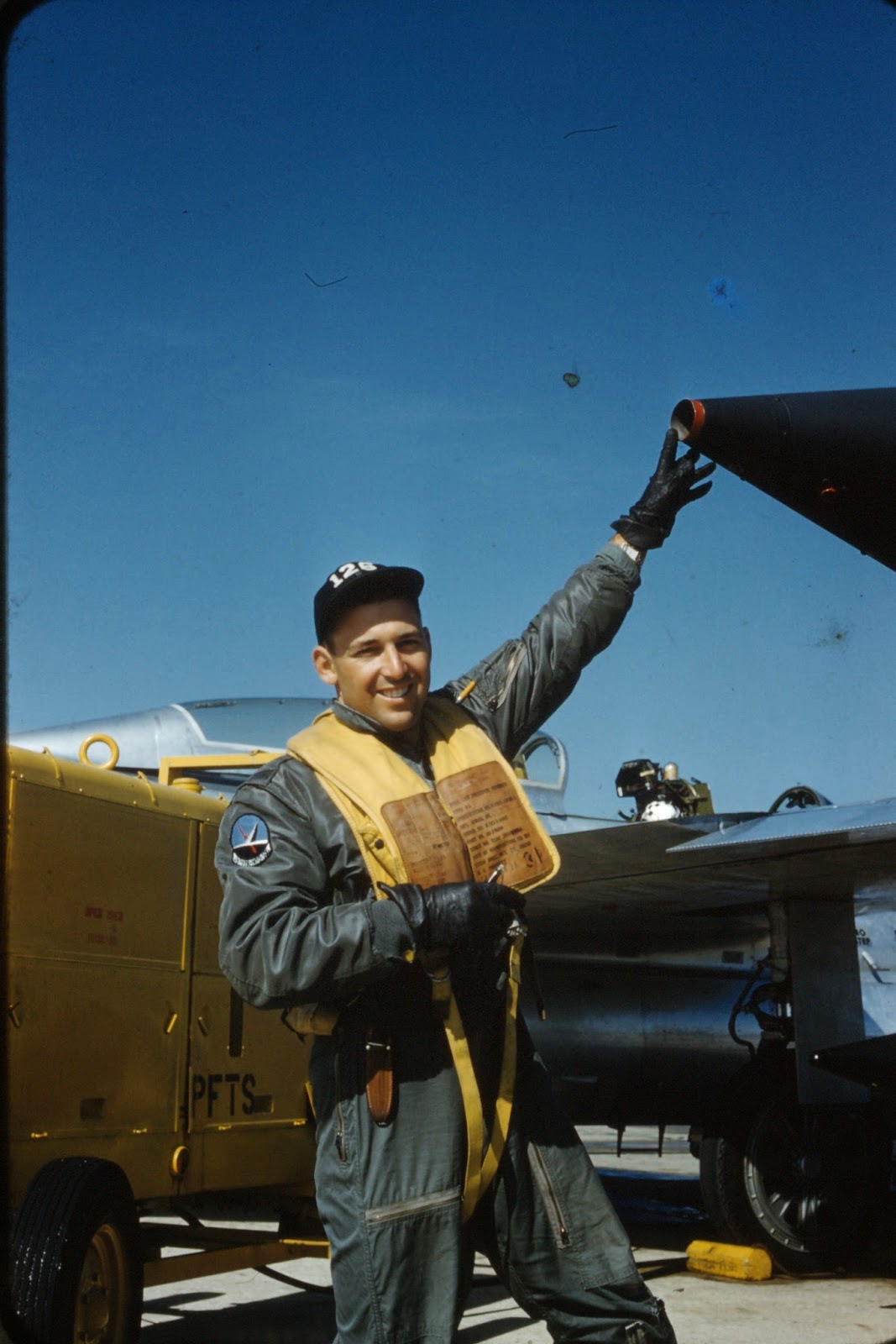 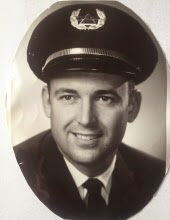 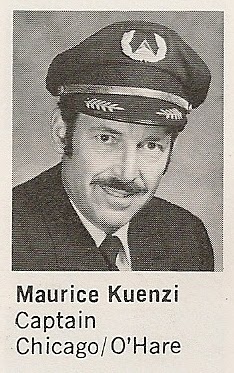 Word has been received with the passing of retired Delta pilot Captain Maurice ‘Mauri’ A. Kuenzi, age 81.  Captain Kuenzi joined Delta Air Lines 12-18-1961.  I believe he was based Chicago/ORD for most of his commercial career, then Atlanta in the few years prior to his retiring.   Captain Kuenzi had most recently resided at
1223 Dartmouth Road , Madison  WI 53705-2213  .... (770) 253-5031
To view/sign the online guestbook please visit the funeral home website at http://www.gundersonfh.com/obituaries/obituary-listings?obId=340959
Please see note below.... we have a request from family to share your stories about Mauri.  Just click on the link below in Nathan’s email  ...  your memories are appreciated!
Thank you,
~ Carol for the PCN
Memorial blogspot   http://pcnflightwest.blogspot.com/
Obituary for Maurice A. Kuenzi .............................
KUENZI, MAURICE A.
RICHFIELD, WI/PEACHTREE CITY/SHARPSBURG, GA/LODI, WI-Maurice A. Kuenzi, age 81, passed away on Sunday, October 5, 2014 in Lodi, WI. He was born on January 27, 1933 in Richfield, WI, the son of Albert and Martha Kuenzi. Maurice married Vera Bisset and they had three sons, Steve, Scott and David. He later married Janet Feutz and they had two children Edward “Hans” and Leah. Maurice was born and raised on his family's dairy and pheasant farm in Richfield, WI. He later joined the Wisconsin Air National Guard, where he was a fighter pilot and flew F-89’s and later KC-97’s before he retired. While flying for the Guard he was hired as an airline pilot and flew 33 years for Delta Airlines. Maurice was an avid musician. He played trumpet and french horn, and he marched with the UW Marching Band in the 1953 Rose Bowl. Maurice was a longtime member of the Hartford City Band and Hartford Community Chorus. His other life-long passions were gardening and reading novels.
Maurice is survived by his children, Steven (Cindy) Kuenzi, Scott (Cynthia) Kuenzi, David (Mary Wyman) Kuenzi, Edward Kuenzi and Leah (Daniel Zeiger) Kuenzi; many grandchildren, and his sister, Sharon (Dan) Kienast. He was preceded in death by his parents.
Family would like to thank the staff at the Good Samaritan Society for all the care they gave Mauri.
Online condolences may be made at www.gundersonfh.com
Hamre Gunderson , Funeral & Cremation Care
157 S. Main Street, Lodi WI
(608) 592-3201
From: Richard Shutack    Sent: Wednesday, October 08, 2014 11:05 AM
To: PCN     Subject: Mauri Kuenzi
Hi Mark:  First, thank you for all you do for us.  Hope you and family are doing well and enjoying semi-retirement.  I received a note from Arnie Kraby regarding Mauri who passed away just a few days ago.  I didn't know Mauri very well and never flew with him but I'm sure there are people within your network who can help.  Arnie and I appreciate whatever you can do.  I will forward the note I got from Arnie following this email. Thank you,  Dick
--
From: Richard Shutack Sent: Wednesday, October 08, 2014 11:09 AM
To: PCN   Subject:  Mauri Kuenzi


Hi Mark:  Here is the information to which I was referring.  Thanks again,  Dick