Cmdr. Christopher "Chris" Edward Kalafut
March 4, 1965  -  October 24, 2014
Life Legacy
Christopher E. Kalafut, age 49, of Oceanside, CA entered into eternal rest on Friday October 24, 2014. Chris, a Commander in the US Navy Reserves, was proudly serving his nation overseas, where he was deployed to Al Udeid Air Base in Doha, Qatar.
Chris was born March 4, 1965 in Oceanside, CA. Growing up, he was a joy to his family, a gifted student, and well-rounded athlete. Upon graduation from El Camino High School, he attended the nation’s prestigious U.S. Merchant Marine Academy at Kings Point, NY. He earned a Bachelor of Science and was commissioned into the US Navy in 1987. Chris earned his pilot wings in 1990 and spent 23 years as an Active Duty and Reserve pilot flying the E-2C Hawkeye in support of myriad combat, humanitarian, and disaster relief missions. In addition to his service as a US Navy pilot, Chris also served as a US Customs pilot and then a Delta Airlines 767 and 777 pilot and first officer based out of Atlanta, GA. In 2001, Chris and his family settled in Acworth, GA where they have lived surrounded and blessed by dear friends.
Far more important than any other job he ever held, Chris was always an amazing husband and partner-in-life to his beloved wife and a “bossome” father to 5 beautiful and ever-so-loved children. His passion for life, fervor for spending time with his children, and unwavering devotion to his wife exemplify his immense, unconditional love for his family.
Chris is survived by his wife, Mary Qualls-Kalafut; their 5 children, Marrion, Meaghan, Christopher, Keegan, and Michael Kalafut; father, Steven Kalafut; 4 brothers, Steven, Robert, John, and James Kalafut; and countless extended family members, nieces, nephews, and friends who will cherish his life and legacy forever. Chris was preceded in death by his mother, Judy Kalafut. 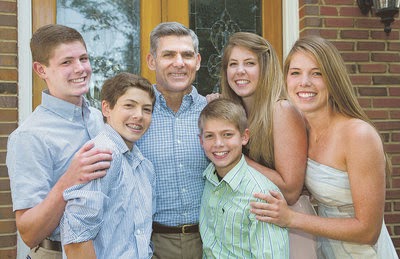 We regret to inform you of the death of Delta pilot Christopher Kalafut who died Friday while serving on active duty in Qatar.  Navy Reserve Commander Christopher Edward Kalafut joined Delta Air Lines 06-18-2001 and was based Atlanta.  He was 49 years of age at the time of his death.  Christopher and his wife Mary have five children.  The family resides in Acworth GA.
To get to know the Kalafut family better, a wonderful father’s day article was written this past June honoring Chris and his family...it reads:
We salute all our wonderful fathers on Father’s Day 2014 through the stories of two exceptional men. COMMANDER CHRIS E. KALAFUT
“The real story isn’t me, it’s my wife and kids,” said Chris E. Kalafut, Commander in the U.S. Navy Reserves said.
Deployment to Southwest Asia is on the horizon for Kalafut. He and his wife, Mary, have five children: Marrion, 21; Meachan, 18; Christopher, 15; Keegan, 13; and Michael, 12.
“I will miss Mary, Marrion, Meachan, Christopher, Keegan, and Michael very much — and yes, even my two dogs,” Kalafut said.
“All military members being deployed have an idea of what the atmosphere they are about to enter, either from training and/or unit passdown. However, the family are not afforded the ability, and remain somewhat in the dark as to where their loved ones are going,” he said.
“Seems that the family not only has to deal with the normal stresses of home life but also the added stress of separation. They are truly the unsung heroes for members deployed abroad,” he said.
Military service is not new to the Acworth family. After graduating from the United States Merchant Marine Academy, Kalafut served on active duty with the Navy, then transitioned to the Naval Reserve where he was actively involved in the Counter-Narcotic Mission throughout Central and South America.
A Naval Reserve Officer for more than 26 years, Kalafut is currently a fulltime commercial airline pilot with Delta Air Lines......................
You can read the entire article at  http://www.mdjonline.com/view/full_story/25293663/article-Two-families--two-stories-of-unconditional-love?

Arrangements are pending.
As we receive more information we will be sure to advise and post.
Thank you,
~ Carol for the PCN 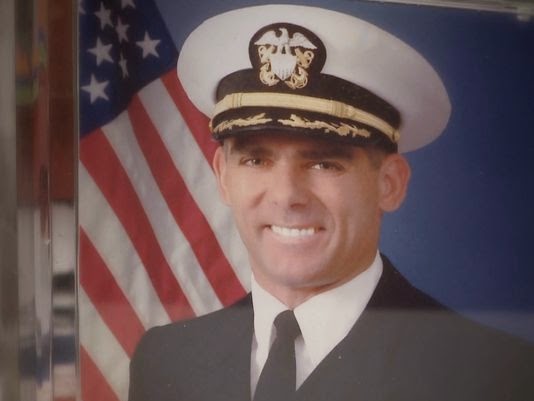 Navy officer found dead at Qatar air base was pilot nearing retirement, dad (Stephen Kalafut, lives in San Diego) says
A Navy officer found dead at an air base in Qatar was a longtime pilot and reservist nearing retirement, his father said.
Cmdr. Christopher E. Kalafut, 49, of Acworth, Ga., was found dead in his room on Al Udeid Air Base in Qatar on Oct. 24, according to his father, Steve Kalafut. His death is under military investigation, as is standard with on-base deaths.
Kalafut deployed in July and worked at the combined air operations center at the base, a major air hub in the Middle East. He was assigned to the Naval Amphibious Liaison Element, Combined Forces Air Component Center, U.S. Central Command.
Kalafut graduated from the Merchant Marine Academy in 1987 and entered active duty as an E-2C Hawkeye pilot, his father said. He did a cruise aboard the USS Abraham Lincoln and spent six years in the service before leaving and entering the reserves.
He later moved to the Atlanta area, where he worked as a pilot for Delta, his father said. Kalafut was recalled to active duty once before to fly counternarcotics missions out of Atlanta. He flew with the reserves less often in recent years, Steve Kalafut said. The July deployment, a non-flying position, was seen as a final step before retirement.
Kalafut leaves behind his wife, Mary, and five children ranging in age from 12 to 21. Steve Kalafut said his son enjoyed his time with the Navy.
“He absolutely enjoyed the flying,” he said.
Posted by Unknown at 2:41 PM