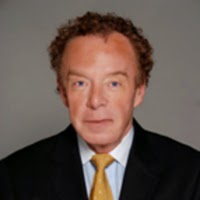 Notification with the passing of former Northwest pilot William Franklin ‘Bill’ Handy, age 70.  Bill joined Northwest Airlines 10-06-1969.
He pursued other avenues of interest after his layoff from Northwest the following year.  Bill had most recently resided in Oakland CA.
To view/sign the online guestbook please visit http://www.legacy.com/obituaries/sfgate/obituary.aspx?n=William-Handy&pid=172761720
William F. Handy
Jet Setter. Aviation professional. Entrepreneur extraordinaire. World class gentleman. Best friend. Bill Handy is all of this and more. His passion for planes and the world of aviation began with his career as a young pilot for Northwest Airlines. A defender of our country as a Sky Marshall, he then directed recruitment for the Department of Homeland Security. An executive with Cessna Citation Jet, Falcon Jet and Peregrine Aviation, Bill also started Jet Leasing Corp. to own and manage an aircraft fleet. Maximum Mach is his executive recruiting business, working with Oracle and more.
Born in Massachusetts, Bill traveled the world. New York, Carmel, Berkeley, Noe Valley, Tiburon, Terra Linda are places Bill called home. Carmel is his favorite.
An athlete and a runner, Chrissy Field to the Golden Gate Bridge and back is his favorite running path.
Bill is remembered by his daughter, Sara Handy; his best friend Mark Francis and his lovely wife and two young children, Max and Lucy; his significant other, Angelina Preza, her daughters Kim Hynes and Leah Samson and young grandson, Dylan Hynes.
In God's acres of diamonds, Bill, you are a rare gem. You dazzle and you are dazzling. We love you.
.Published in San Francisco Chronicle on Oct. 12, 2014


- See more at: http://www.legacy.com/obituaries/sfgate/obituary.aspx?n=William-Handy&pid=172761720#sthash.pUwaJBj7.dpuf
Posted by Unknown at 4:40 AM