John Richards, 81: Delta pilot’s favorite place was in the clouds

John Richards, 81: Delta pilot’s favorite place was in the clouds
5:41 p.m. Thursday, July 28, 2016 | Filed in: Local News
He loved flying. In his spare time, he built a Christen Eagle stunt biplane in his basement. Anything involving aviation, John Richards could not get enough of it.
It was because of his passion that he had a lot of wonderful experiences in his life. It drew him closer to the people and places he wanted to be. He spent 35 years as a career pilot with Delta Airlines, and also spent nine years as an instructor in the training department.
John Richards died July 10. His memorial service was held July 14 at Roswell Funeral Home, and his funeral service July at St. Andrews Catholic Church.
John Richards, 81: Delta pilot’s favorite place was in the clouds photo
After he built this Christen Eagle in his basement, for an owner in Oregon, John Richards and wife Bernadette flew it across the country.
When his wife Bernadette met John, she was intrigued by his intellectual curiosity about planes. That’s all he seemed to talk about, she remembers. “Because he was so interested in flying at the time, I think that’s what attracted me to him,” she said.
“I think he saw a movie with John Wayne, and it just went to his heart,” Bernadette said about why John loved flying so much.
One experience Bernadette said she won’t forget is flying across the country in the Christen Eagle that John had built in the basement. The plane was being built for an owner in Oregon, so after he finished it, John and Bernadette flew it there.
John Richards, 81: Delta pilot’s favorite place was in the clouds photo
John Richards
“We had a bird’s eye view of the United States going over the Rockies,” she said.
His daughter, Lisa Vogt, said, “He took aerobatic lessons, and before my mom agreed to fly across the country with him, she was able to learn how to land the plan. She never got her flying license, per se,” but learned how to land it “just in case anything happened to dad.”
John had some stunt-pilot friends who flew with Blue Angels. Sometimes he would get the opportunity to fly with them, and one day John invited Bernadetta to ride along.
“I was sitting up in the front,” she recalls. “All of a sudden, I lost the other airplane.” She asked John, “Where is he?” John told her to look up.
She saw a maneuver that looked like it was pulled right out of the movie “Top Gun.” “And I looked up, and he was upside down,” she said. “We were right-side-up. It quite unnerved me.”
John’s love for flying inspired his whole family, and some of his extended family, to find work in the aviation industry. Bernadette was a flight attendant. His son is a pilot. Lisa was flight attendant. Their cousin, who did the eulogy at the funeral, is Navy pilot and was also an aircraft carrier commander. In addition to being a pilot, John modelled for a Delta ad and was later approached to do some more airplane-based publication modeling.
Since the family were all on similar flight-time, they would get together at their lake house and and relax on their days off. “We were used to being off for days at a time and having the whole lake to ourselves,” Lisa said.
During his off time, John was an avid fan of sailing on the lake, and enjoyed playing golf.
Hans Damp, a friend from Cherokee Town and Country Club, said, “He always was easygoing and enjoyed himself on the golf course.” And he stayed in shape: Some say he was still beating much younger racquetball players well into his 70s.
Damp remembers John loved to tell him stories about flying to Europe, specifically Germany, where Damp was from. He said John seemed to enjoy himself wherever he went. “He made us laugh a lot,” he said.
Survivors include his wife, Bernadette Richards; daughter Lisa Vogt (John); son, John W. Richards, III; grandchildren Allison and Jack Vogt, Sarah, Charlotte and Liam Richards; and brother Paul Richards (Judy). In lieu of flowers, donations can be made to Visiting Nurse, Hospice Atlanta Center. www.vnhs.org


Obituary ..................
In Memory of John William Richards
July 23, 1934 - July 10, 2016
John W. Richards, age 81, a resident of Sandy Springs, Georgia passed away on July 10, 2016.
John was born in Merrick, New York. Flying was his passion. He had a 35-year career as a pilot with Delta Airlines and for fun, he built a Christen Eagle stunt bi-plane in his basement which he and Bernadette, his wife and love of 55 years flew across the country. A member of Cherokee Town and Country Club, John was an avid golfer, loved to sail and was beating much younger racquetball players well into his 70's.
Preceded in death by his parents, John and Victoria Richards and sister, Fran McNamee.
Survivors include: Loving wife, Bernadette Richards, Daughter, Lisa Vogt (John), Son, John W. Richards, III, grandchildren, Allison and Jack Vogt, Sarah, Charlotte and Liam Richards, brother, Paul Richards (Judy)
Visitation is scheduled for Thursday, July 14, 2016 from 5:00 P.M. to 8:00 P.M. at Roswell Funeral Home, 950 Mansell Road, Roswell, Georgia 30076. Funeral Service is scheduled for 10:30 A.M. on Friday, July 15, 2016 at St. Andrews Catholic Church, 675 Riverside Road, Roswell, Georgia 30075. 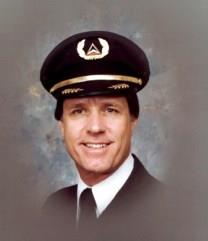 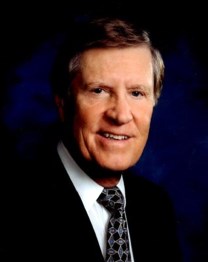 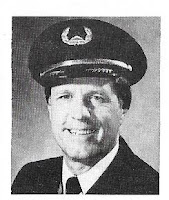 Bernie Richards called me late yesterday advising that her husband John died (Sunday evening if I recall).
St Andrews Catholic Church will be the site for services.
Funeral on Friday.
I believe I have all the above correct.
John Pilger