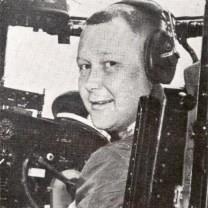 Notification with the passing of retired Delta pilot Captain William Roy Erwin, age 79.  Captain Erwin joined Delta Air Lines 02-08-1965 and was based MSY, then 030/ATL at the time of his retirement.  Private services were held for Captain Erwin yesterday October 7th in Louisiana.  He is survived by his wife Norma.
To view the online obituary and sign the guestbook please visit the funeral home website at www.lakelawnmetairie.com
For those wishing to send personal condolences, Whitepages lists the family contact as
4729 Henican Place , Metairie, LA 70003-1111   ...  (504) 887-7630.
Thank you,
~ Carol for the PCN
Obituary ... http://www.legacy.com/obituaries/theneworleansadvocate/obituary.aspx?n=William-R-Erwin&pid=181790004
On Saturday, Oct. 1, 2016 William R. Erwin of Metairie passed away at East Jefferson General Hospital. He was 79 years old. A private service was held on Friday, Oct. 7 at All Saints Mausoleum in Metairie Cemetery.
Originally from Cleveland, Ohio, Bill was the only child of Roy and Laura (nee Hromodka) Erwin. After graduating from Kent State University where he’d been a member of the Phi Delta Theta fraternity, he served his country as a pilot in the United States Navy and Naval Reserve. In 1965 he signed on with Delta Airlines selecting New Orleans as his base and proceeded to live his dream job for nearly 32 years until retirement. Passengers on his flights were frequently entertained with details and interesting facts about the areas over which they were flying. His return home often included foods from the cities of his layovers—sourdough from San Francisco; Nathan’s hotdogs or Carnegie Deli sandwiches from New York; lobsters from Maine. As a result of his love for his profession, he was affectionately known as “Captain Billy” by many of his friends and acquaintances.
Bill’s personality was larger than life and affected almost everyone who knew him. He was passionate about his family, becoming greatly involved with many of his children’s hobbies over the years. He was equally passionate about his adopted city; despite having been a transplant, Bill’s love for all that is New Orleans was unmatched and infectious. Like all true New Orleanians, Bill was a long-suffering and devoted Saints fan, taking part as a loyal season ticket holder for decades. He also had a unique love for Tulane’s Green Wave, attending their games for decades as well.
Bill loved the many festivals New Orleans featured and was a daily and annual fixture in the Economy Hall tent of Jazz Fest for nearly two decades. When it came to Mardi Gras, he was a member of Metairie’s now-defunct Krewe of Aquila, transitioning to the Krewe of Bacchus in which he was a member for many years. He also was a proud officer with Pete Fountain’s Half-Fast Walking Club, eventually joined by his son, marching with the group for nearly 20 years until 2014.
Bill was preceded in death by his parents as well as his lifelong friend and fraternity brother, Gary Glasser, of Perrysburg, Ohio. Bill is, without a doubt, enjoying a beer and box of Popeye’s with his friend, laughing over old times right now.
Bill leaves behind his devoted and loving wife, Norma (nee Buckley), as well as his son David of Jefferson, LA; eldest daughter, Karen Rodman and her husband Tedd of Southborough, Mass.; and youngest daughter, Christine, of Moreland Hills, Ohio. He also leaves behind the three grandchildren he adored: Aphra Erwin and fiancé Justin Kingsley of Lake Charles, La., and Jack and Lindsey Rodman of Southborough, Mass.


The family asks that in lieu of flowers donations be made to the Alzheimer’s Association in memoriam. To view and sign the guest book, visit www.lakelawnmetairie.com.
Posted by Unknown at 2:28 PM