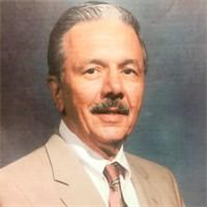 Word has been received with the passing of RNPA member retired Northwest pilot Captain Joseph M. Sutila, age 77.  He is survived by his wife Patricia 'Pat', their children and grandchildren.  Captain Sutila joined Northwest Airlines 11-06-1967 and retired in 1998.
To view the online obituary and sign the guestbook please visit the funeal home website at http://www.washburn-mcreavy.com/obituaries/Joseph-Sutila/#!/Obituary   Services for Captain Sutila were held today in Eden Prairie, Minnesota.
Washburn-McReavy Funeral home of Eden Prairie was entrusted with arrangements .....  (952) 975-0400.
Thank you,
~ Carol for the PCN
Obituary for Joseph M. Sutila......................
Born December 5, 1938 in New Haven, CT to parents Joseph and Mary Sutila. Graduate of Hamden High School 1956, where he played Football, Baseball and Basketball. Graduate of the University of Connecticut in 1961 with a BA in Geology and Geography. Joe was a member of the Varsity Squash Team. He was a member of the Air Force ROTC and commissioned as a 2nd Lieutenant upon graduation. After graduation he attended Air Force Pilot Training at Reese AFB in Lubbock, TX. Upon completion he was selected to fly the F-102A and completed training at Perrin AFB in Sherman, TX. He then was assigned to Truax Field in Madison, WI from 1963-65. His next assignment was at Clark AFB in the Philippine Islands with the 405th Fighter Wing deploying regularly to North Vietnam and Thailand during the Vietnam War. He completed his Air Force Service in 1967. During his Air Force career, he earned the Distinguished Flying Cross, the Air Medal with 4 Oak Leaf Clusters, Air Force Commendation Medal, National Defense Service Medal, Vietnam Service Medal and Vietnam Campaign Medal. Joe was hired by Northwest Airlines in the fall of 1967 in Minneapolis, MN. Joe flew for 32 years on the B-707, B-727, and DC-10. He retired a DC-10 Captain at the age of 60. At Northwest he served as an Instructor on the DC-10 in his final years at Northwest. Joe quietly departed this life on Monday, October 24, 2016 at home surrounded by family. Married to Pat Sutila. Preceded in death by parents, Joseph and Mary Sutila. Survived by sister, Emily Coppola; two children, Donna (Mike) Nord and Craig (Sharon) Sutila; four grandchildren, Tyler, Mitch, Alex and Tesla and two great-grandchildren, Jace and Harlyn Nord. Mass of Christian Burial 10:30 AM Monday, October 31st at Pax Christi Catholic Community, 12100 Pioneer Trail, Eden Prairie. Visitation 4-7 PM Sunday, October 30th at Washburn-McReavy Eden Prairie Chapel and also one hour prior to service at church. Interment Fort Snelling National Cemetery. Washburn-McReavy.com Eden Prairie Chapel 952-975-0400 7625 Mitchell Rd. (1 blk. N. of Hwy 5)