To sign the online guestbook please visit http://www.woodriverchapel.com/book-of-memories/2729360/Gomez-Antonio/index.php
Thank you,


~ Carol for the PCN
Obituary..............In Memory Of Antonio Diaz Gomez .............. 1913 - 2016
Antonio D. (Tony) Gomez passed away peacefully in his sleep in the early hours of Oct. 15 at his home in Ketchum, Idaho.
Tony was born near Malaga, Spain, in 1913 and came to the U.S. in 1920, eventually settling with his parents and siblings in Mill Valley, Calif. After a few years working as a news photographer, he found his vocation as a commercial pilot. He started flying in Alaska as a bush pilot, and then joined Pacific Northern Airlines (PNA) in 1945. He continued flying for PNA as it merged first with Western and then Delta Airlines, retiring in 1973.
Following his commercial flying career, he continued his love of flying into his 95th year, first as a glider pilot, then paragliding. In his next business endeavor after commercial flight, he returned to California with his wife Elizabeth and purchased a vineyard in the Napa Valley, which he successfully operated until selling it in 1986. He was an avid outdoorsman, enjoying climbing, skiing, fishing and sailing. He traveled extensively, visiting all of the continents many times, except Antarctica.
He will be remembered by friends and family for his love of sharing a good meal and a bottle (or two) of wine. He was predeceased by his wife of 44 years Elizabeth Weeks, and their son John A. Gomez. He is survived by two children, Margaret G. Ginn (widow of Frank H. Ginn) and Thomas C. Gomez (wife Merrilee Gomez); six grandchildren; and six great-grandchildren: Peter V. Ginn, Thomas A. (Tony) Ginn, (wife Mary Bush Port: ch., Georgia and John (Huck); and Sarah Ginn Harris (husband Greg Harris: ch. William and Hadley) Kevin Haworth (wife Alicia Haworth) Emmanuel R. Gomez (wife Katherine Gomez: ch. Felix and River), and Elizabeth N. D. (Nuria) Gomez.
Cremation was under the care of Wood River Chapel. Friends and family are invited to visit www.woodriverchapel.com to leave a condolence and share memories.
-----------------------------------------------------------------------------------------------------

I wish to thank David for sending on this sad news about Captain Gomez who made his final flight west as the oldest living pilot who worked for Western now under the Delta umbrella.  When more news or an obituary becomes available I will update this page and share it.

Thank you to retired DL Captain Don Weast for sending the sad news of the death of Delta's Oldest Living Retired Pilot, retired Captain Antonio D. 'Tony' Gomez, 103, on Saturday, October 15, 2016.  Captain Tony was born March 10, 1913 in Malaga, Spain and was originally hired August 19, 1945 by Woodley Airways.  Later in 1945 Woodley Airways became Pacific Northern Airlines which merged with Western Airlines in 1967.  The photos below are from Don Weast's collection and the last address I had for Captain Tony was in Ketchum, Idaho earlier this year.  I'll send more information as it becomes available.
Dave 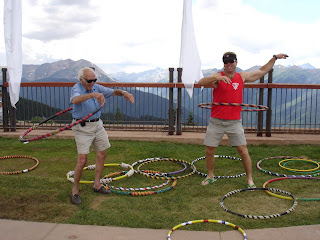 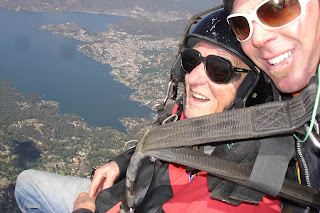 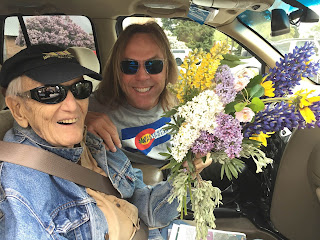