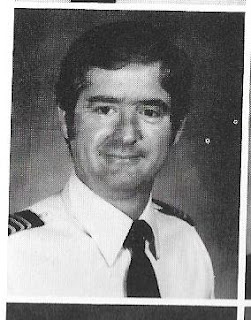 Word has been received with the passing of retired WA/DL pilot Capt. Dan Courtney, nearing his 79th birthday.  Dan is the father of LAX DL 717 F/O Lans Courtney.  Dan joined Western Airlines 06-03-1968 and retired with Delta Air Lines in 1997, based 030/SLC.
The family writes that private services will be held at a later date.
For those wishing to send personal condolences to the family, that address is
9561 Whiskey Bar Road, Loomis, CA 95650-8838.
Should we hear more as to services we will be sure to pass it along.
Thank you,
~ Carol for the PCN
From: Dick Deeds Sent: Saturday, October 08, 2016 6:34 PM    Subject: Passing of WAL/DAL Captain Dan Courtney

I regret to inform you of the passing of Retired Delta Captain Daniel H. Courtney, father of LAX 717 F/O Lans Courtney.  Captain Daniel Courtney was hired by Western Airlines in June 1968 and retired as a Salt Lake City based 767 Captain in October 1997.  There will be a private family service in his hometown of Loomis, CA later this week.
Oct 9, 2016, at 12:42, Dan & Kathy Courtney <dankathyc@gmail.com> wrote: