~ IN MEMORY ~
USAF, DL Capt. Alvin F. 'Al' Oien Jr.
April 12, 1935 ~ October 18, 2016
Word has been received with the passing of military veteran retired Delta pilot Captain Al Oien, age 81.  Captain Oien retired with Delta Air Lines in 1985 based DFW.  He is survived by his wife Carol.  Services are planned for November 22nd at Willamette National Cemetery in Portland, Oregon.
Thank you,
~ Carol for the PCN

10/20 from Carol Oien … My husband, Al Oien, passed away on October 18, 2016 after a long illness. He was 81 years old, born April 12,  1935.
When he peacefully slipped away, I was at his side. His last days were attended by family and friends who shared so many fond memories while seated around his bed.
Al will be interred, as he requested, at Willamette National Cemetery in Portland, Oregon.  In lieu of flowers or donations, please hug someone you love. 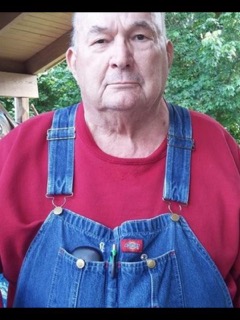 Alvin F. Oien Jr. left this life peacefully on October 18, 2016, in Paradise, Texas, after a long illness. Carol Oien, his wife of 41 years was at his side. Al was also known, to friends and family, as Sonny, Smilin' Al, or Big Al.

Al was born April 12, 1935 in Portland, Oregon. As a young boy, in 1945, Al served as junior Prime Minister in the Portland Rose Festival Court. He graduated from Benson Polytechic High School in 1953 and attended Reed College. Al completed Aviation Cadet Pilot training in 1956 and served his country as a USAF pilot at Patrick AFB in Florida, flying down range missions during the early years of the space program. He continued his service as a military pilot in the 304th Aerospace Rescue Unit, USAF Reserves, Portland, flying search and rescue missions in SA-16 amphibians.

In 1960, he married Sally Dinsmore and attended Portland State College.  Al began his career as a commercial pilot in 1962 flying for Delta Air Lines in Dallas, Texas, retiring as captain in 1985.

Following the loss of his first wife in 1970, Al married Carol Thomas, his "Sweetbaby", in 1975. After his retirement, Al served as Alderman for the town of Westlake, Texas, for many years and was "noted for his candor" by the Fort Worth Star Telegram.

Al was privileged to have flown many types of aircraft in his lifetime including helicopters, amphibians, single- and multi-engine props and jets. He flew the last commissioned B-17 during his Air Force service and, as a civilian, the last operating Boeing 307, now in the Smithsonian Air and Space Museum. In recent years, Al collaborated with author/pilot Ross Nixon on the book "Finding Carla", a recollection of the tragic loss of Al Sr. in a private plane crash in 1967.

Services will be held at Willamette National Cemetery at 11:00am on November 22, 2016. Following the service, friends and family are welcome at a gathering of remembrance at the home of Chuck and Tina Oien.

"When someone you love becomes a memory, the memory becomes a treasure."