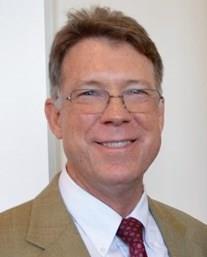 Notification with the passing of Delta pilot Captain David Nelson Word, age 56.  Captain Word joined Delta Air Lines 03-07-1991 and was currently based ATL/030.  He is survived by his wife Jo Lynn.
To view/sign the online guestbook please visit http://obits.dignitymemorial.com/dignity-memorial/obituary.aspx?n=David-Word&lc=4946&pid=183060815&uuid=7eef370b-e5d1-4802-838f-6574d77c9b47  Arrangements entrusted to
H.M. Patterson & Son-Oglethorpe Hill Chapel of Atlanta, Georgia .... (404) 261-3510  Services for Captain Word are scheduled for
Saturday, December 17th, from 2:00 PM - 4:00 PM at Oglethorpe Presbyterian Church, 3016 Lanier Drive NE, Atlanta GA 30319.
Should more information be received we will be sure to pass it along.
Thank you,
~ Carol for the PCN
Obituary.....................................
David Nelson Word passed away on December 9, 2016. He was 56. David was a native of Atlanta and a Summa Cum Laude graduate of Georgia Tech with a degree in mechanical engineering. He spent his early career at Rockwell International but a love of skydiving led him to a love of flying. He flew skydivers and airfreight to get flight hours and experience to achieve his dream to fly commercially. David was a Delta Airlines pilot for 25 years.
David had a deep love for life and the people around him. Those who knew David best admired him for his creative and innovative mind. He saw the world as both an engineer and an artist. Ten steps ahead, where others saw problems, he saw solutions. David had an ability to create things that were both perfectly practical and efficient, but also uniquely beautiful and original. When he had a project, he approached it with a purpose and determination that led to a standard of excellence evident in every task and goal he set before himself. Nicknamed the “energizer bunny,” David lived his life at full throttle, bringing an energy and enthusiasm to his work that often left the rest of us looking like we were standing still. From household projects to building his RC helicopters, airplanes and drones to RC flying, he shared his passions with others with such pride and joy – “Come see…let me show you…give it a try…”
David had an immense capacity for love. He loved his three girls and his family with everything he had. He treasured the friends who became family. His most cherished memories were the times spent with the people he loved doing the things he loved. You always knew where you stood with David because he would truly listen to you and share his excitement for you, his pride in you, and his deep love, openly and without reservation. As with all things in his life, David loved actively. Without hesitation, he would show up for the people in his life with a tool in his hand or a listening ear.
David knew how to truly enjoy life. Whether it was a moment around the table, on the beach, in front of the fireplace, or on the dance floor, he savored it in a way that allowed him to be able to say that he truly had few regrets in this life. Quick with a joke, a laugh, and a big smile, he could appreciate the little things like a perfectly cooked meal or a new song on the radio. He filled our lives with music. We know his song plays on in all of us, and in some ways it is just beginning.
David is survived by his wife Jo Lynn, his two daughters Lauren and Stephanie, his mother Ruby Word, sister Kathy Ferguson (Rick), brother Larry Word (Rebecca), his nieces and nephews Nikolai, Veronika, and Michael Ferguson, Taylor, Jon Tucker, and Trenton Word, William, Johnathan, and Bridgette Wells, and his little buddy Capt. Jack.
Services will be held Saturday, December 17, 2016 at 2pm at Oglethorpe Presbyterian Church, 3016 Lanier Dr., Brookhaven, GA 30319 with a visitation reception following the service in Fellowship Hall. David is being cremated, and the family will spread his ashes at a later date.


**In lieu of flowers, donations may be made to the National Alliance on Mental Illness  www.nami.org
Posted by Unknown at 12:50 AM