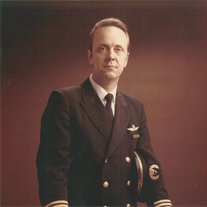 We have belated news with the passing of Delta Golden Wings member retired Delta pilot Captain Wallace Vernon Janssen, age 78.  Captain Janssen joined Delta Air Lines 02-08-1965 and retired in October 1996.  He was based ATL, then DFW in the ‘90s, and at the time of his retirement was based 030/CVG.  Captain Janssen’s obituary can still be viewed online at http://www.wctrib.com/obituaries/4092869-wallace-v-janssen as well as on the funeral home website at http://www.petersonbrothers.com/obituaries/Wallace-Janssen/  Arrangements were entrusted to Peterson Funeral Home of Wilmar, Minnesota.  Captain Janssen is survived by his siblings and extended family members.  For those wishing, personal condolences may be sent to the family c/o his brother William at
PO BOX 427 , WILLMAR  MN 56201-0427  ...  (507) 387-1393
or by email at wmjanssen@hotmail.com
Thank you,
~ Carol for the PCN

Services will be held at 11 AM, Saturday, August 13, at Vinje Lutheran Church in Willmar, Minnesota. Friends may call 1 hour prior to the services at the church. Interment will be at 2 P.M., Monday, August 15, at the Hillside Cemetery in rural Merrill, Iowa. Arrangements are with Peterson Brothers Funeral Home in Willmar. ( www.petersonbrothers.com )

Wallace Vernon Janssen was born on February 10, 1938, in Plymouth County, Iowa, near Merrill, Iowa, the son of William Henry and Marie Johanna (Kock) Janssen. He moved to Willmar, Minnesota in 1948 with his family. He continued and completed his education there, graduating from Willmar High School in 1956. Wallace worked for a cable company in Willmar and Mankato and then for Great Northern Railroad before entering the armed forces. He joined the Air Force in 1959 and served until 1963, as an Airman First Class. During his time in the service he was a technician on the Atlas Missiles and served during the Cuban Missile Crisis. Wallace made his home in Atlanta, Georgia and worked as a private flight instructor. In 1965, Wallace went to work as a flight instructor for Delta Airlines and retired for Delta in 1996 as a pilot with the rank of Captain, flying MD-88 planes. Following his retirement he moved permanently to Willmar. Wallace loved to meet with family and friends for coffee at Dunn Brothers and enjoyed farming, photography, and researching his German ancestry.

He is survived by three siblings: Norman Janssen and special friend Ellie Frank of Cleveland, MN, Carolyn (and John) Swanson of Spicer, MN and William (and Janet) Janssen of Mankato. Also surviving is his godmother, Margaret Pecks of LeMars, Iowa, and many nieces, nephews and cousins in America and Germany, besides other relatives and friends.

Wallace was preceded in death by his parents.
Posted by Unknown at 5:25 PM