A memorial service will be held at 1100 am Thursday, December 29, 2016, at All Saints Episcopal Church, 3001 Meeting Street, Hilton Head, SC, with a reception following. 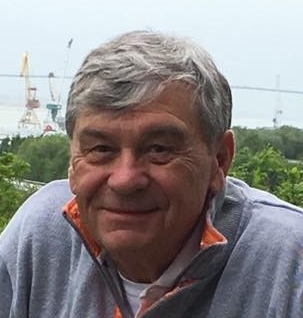 Johnny H. Blackmon, 71, died Wednesday, December 21 at his residence in Hilton Head.  He was born December 19, 1945 in Lancaster, SC and was the son of the late Erskine and Clyde Lucille Blackmon.

Johnny was a commercial airline pilot for Delta Air Lines, Inc for 26 years retiring on the B-777.  He was hired on 10-18-1976 and was based 031/ATL at retirement.  A line check airman on both the L-1011 as well as the B-767, he also was a L-1011 simulator instructor in the Delta training center.  Upon retiring in 2003, Johnny was hired by FlightSafety International, Savannah, and instructed on the Gulfstream 450 for 11 years.

After attending Lancaster High School, Johnny graduated from Clemson University, was a member of the Numeral Society and began his lifelong love for the Clemson Tigers.  In February 1969, Johnny entered Undergraduate Pilot Training in the Air Force as part of class 70-05.  In 1970, he went to Instructor Pilot School at Perrin Air Force Base in Texas as a T-37 instructor.  The remainder of his career was spent at Moody Air Force Base, Valdosta, Georgia.  In October 1976, Johnny entered pilot training for Delta Air Lines and spent the majority of his 27-year career in Atlanta.

Johnny loved flying and being a pilot defined him.  His favorite Delta layover was Rome, Italy but Santa Monica was always special to him because that’s where he met his wife, Patty, when they were both there on a Delta layover.  Johnny and Patty were proud owners of private aircraft from a Cherokee Arrow to a Cessna-310 and used them frequently to visit family, friends or for that $100.00 hamburger at small airports up and down the coast of South Carolina.

He was a southern gentleman, born and bred and chose to have his life and career in the South. Johnny never truly met a stranger and always had a story to fit the occasion.  His open generosity and kind,heartedness endeared him to many.

Survivors include his wife, Patty of 32 years, his sons: John (Michelle) Blackmon of Loganville, Georgia and Matthew (Brooke) Blackmon of Atlanta, Georgia.  His grandchildren include Nora and Davis as well as Emmala, Palmer and Wells. Other family members and friends also survive Johnny.

A memorial service will be held at 1100 am Thursday, December 29, 2016, at All Saints Episcopal Church, 3001 Meeting Street, Hilton Head, SC, with a reception following.

In lieu of flowers, memorials may be made to the Hilton Head Humane Association, PO Box 21790, Hilton Head, SC, 29925-1790.  Arrangements are entrusted to The Island Funeral Home and Crematory.

~ IN MEMORY ~
DL Capt. Johnny H. Blackmon
December 19, 1945 ~ December 21, 2016
News has just been received with the passing of retired Delta pilot Captain Johnny Blackmon, age 71.  Captain Blackmon was home recuperating from knee replacement surgery and had only been home a few days.  Captain Blackmon joined Delta Air Lines 10-18-1976 and was based 031/ATL at the time of his retirement.  He is survived by his wife Patricia ‘Patty’.
Arrangements are not yet known but for those wishing to send condolences to the family,
that mailing address is   64 Leamington Lane, Hilton Head Island SC 29928-5150.

Johnny Blackmon died this morning at his home on Hilton Head Island. He
had a knee replacement and had only been home a few days.  His email
address still started with "tristar " . Spent time in the training
department. Great guy. Don't know the official way to put out this sad
news . He was my contemporary within a couple of years either way. Good
friend and neighbor.
Tom Wright
1/9/78
Posted by Unknown at 8:56 PM