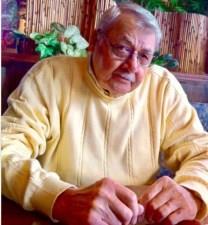 Notification with the passing of retired pilot Captain Rufus Wright Street, Jr., age 81.  Captain Street’s obituary indicates his commercial flying career began with Southern Airways ... he likely retired with Northwest Airlines in 1995.   Captain Street is survived by his wife Trena Packer Street, their children and grandchildren.  Services were held Feb. 17th in Collierville TN.
To view/sign the online guestbook please visit the funeral home website at
http://www.dignitymemorial.com/collierville-funeral-home/en-us/index.page
For those wishing to send a personal note, whitepages lists the family residence as
4970 Reynolds Road, Collierville TN 38017-9314  ...  (901) 853-0845.
Thank you,
~ Carol for the PCN
Obituary................R. W. "Doc" Street, Jr. Collierville, TN
R.W. 'Doc' Street Jr, 81, bravely and peacefully entered Heaven, with family gathered by holding his hands on February 10 at Baptist Reynolds Hospice House, Collierville. Named after his father, the late Dr. Rufus Wright Street of Ripley Ms, he was dubbed 'Little Doc', later shortened to Doc, a nickname that stayed with him his whole adult life. The strong and solid root of the foundation of his family, his 6'4" stature lead future son-in-laws to call him a gentle giant who was always ready to go trout fishing, hunting, or run his Beagles at Clubs across the U.S. Fascinated by airplanes even as a boy, he sold tickets for $2.00 per ride and when he sold 10, he got a free ride. He could quickly assemble an intricate model airplane and even spent his lunch money on flying lessons. His interest in flying lead him to join the Marine Corps, the military branch he felt was the toughest and best trainer of pilots, after attending Mississippi State University. He completed the Naval Air Training Command and received designation as a Naval Aviator. Throughout his service as a USMC Captain, he piloted many aircraft while leading his Squadron in successfully landing on aircraft carriers. A commercial pilot for more than 40 years, Captain Street occupied the commanding 'left cockpit seat' first with Southern Airlines, then thru mergers, with Republic, Northwest and Delta Airlines, retiring in the early 1990's. He was a highly respected pilot, fondly known within the crew room for his willingness to share his experience with rookie First Officers, known as 'hangar flying'. A founding member of the Memphis Beagle Club, Doc raised and showed Field Trial Brace Beagles for more than 50 years. He was an active member of six clubs and seven Federations and served on the Board of Directors and as President. An American Kennel Club accredited judge for licensed trials and Federations, he was known for his thorough judging style and keen eye, judging more than 150 trials throughout the Brace Beagle states. He also showed his own Easy Street Beagles, finishing seven Field Champions and was the breeder of five Field Champions. An avid sports enthusiast, he loved football, basketball and baseball with special interest in NASCAR and recently 'kissed the bricks' at the Indy 500 Speedway. Doc was even recruited as a pitcher by the St. Louis Cardinals for their farm team when he was only 16 years old. He rooted his team on during the recent Super Bowl game gathered in the Den of the home where his biggest fans, daughters Kathy and Linda were raised. 'Daddy Doc' as his grand and great grandchildren called him, had the perfect style to make each feel as if they were his 'favorite'. During the final few days of his short, yet difficult battle with metastatic cancer, he continued to comfort his family saying "Our God does not make mistakes...I'm at Peace with his decision for me." He leaves his wife of 31 years, Trena Packer Street; two daughters: Kathy Street Bousson (Jeff), Collierville and Linda Street Greenwood (Marc), Fort Worth TX; seven grandchildren: Amanda Bousson Cantrell (Luke) and Megan Bousson Heinrich (Brett) of Collierville; Blake (Chelsea), Indianapolis and Jacob Wright, an Ole Miss freshman; Matthew Greenwood, Lyon College (AR) Sophomore; Lucas Street Greenwood, Tarleton State University (TX) Sophomore and Will Greenwood, Fort Worth. Great-grandchildren: Kate, Preston, Sam and Wright Cantrell and Cantley Heinrich; brother-in-law Don Fritchie and nephew Glenn Fritchie. He was preceded in death by parents R.W. & Malinda Willard Street; Sister Linda Fritchie, nephew Dr. John Fritchie and a grandson Ryser Street Heinrich. Memorials may be sent to Wounded Warrior Project, P.O. Box 758516, Topeka KS 66675 or Baptist Reynolds Hospice House, 1520 West Poplar, Collierville 38017. Visitation is Thursday, February 16, 5-7, Collierville Funeral Home, 534 West Poplar Ave and one hour prior of the 1pm services, Friday, February 17, at Forest Hill Baptist Church, 3645 Forest Hill Irene Road, Germantown. Interment will be at West Tennessee Veterans Cemetery. Services entrusted to Collierville Funeral Home. Semper Fi, our tender warrior Daddy Doc, we know you now rest in peace.
.Commercial Appeal, The (Memphis, TN) - Wednesday, February 15, 2017


-See more at: http://www.legacy.com/obituaries/commercialappeal/obituary Arrangements under the direction of Collierville Funeral Home, Collierville, TN.
Posted by death at 5:37 PM