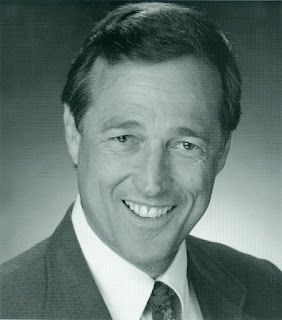 Word has been received with the passing of retired Delta pilot Captain Victor Ray Moody, age 75.  Captain Moody joined Delta Air Lines 10-16-1972 and retired in 2001, based 030/ATL.   He is survived by his wife Lucy, their children and grand children.
To view/sign the online guestbook please visit the funeral home website at http://www.ronaldvhall.com/notices/VictorRay-Moody
Services were held March 5th in Georgia.....arrangements were entrusted to the Ronald V. Hall Funeral Home of Vidalia.
For those wishing to send personal condolences to the family, whitepages lists their residence address as
429 Woodbridge Circle, Vidalia GA 30474-7631.
Thank you,
~ Carol for the PCN
Obituary.....................
Captain Victor Ray Moody, of Vidalia, Georgia, passed away on Thursday, March 2, 2017.  He was born in Frostproof, Florida on April 12, 1941.  Ray grew up in South Georgia, and graduated from Lyons High School, and earned a bachelor’s degree from Georgia Southern.  He joined the United States Air Force in 1965 and served three tours of duty in Southeast Asia, where he piloted 188 missions, flying a B-52 bomber.
Ray was the recipient of several air medals, including the Distinguished Flying Cross.  He retired as captain on the L-1011 after 29 years of service with Delta Air Lines.  After retirement, Ray and Lucy spent 13 years on St. George Island, Florida, where Ray was involved in the Civic Club, the U.S. Coast Guard Auxiliary, the island turtle patrol, and was an avid golfer with the St. George Island Men’s Golf Association.
Ray is preceded in death by his parents, George Randolph Moody and Dolly Stille Moody and a brother, George E. Moody.
Ray is survived by his loving wife of almost 29 years, Lucy Wiggins Moody; three sons, Vic Moody and (Charlene), Ryan Moody (Valerie), of Mt. Pleasant, South Carolina; Terry Whitaker of Cedar Crossing; one daughter, Tammy Whitaker of Vidalia; sister Kay Owen-Larson (Marvin) of Colorado Springs, Colorado; sister-in-law, Nancy Moody of Jacksonville, Florida; five grandchildren, Colby Whitaker, Kyle Whitaker, Trevor Moody, Logan Moody and Ryder Moody; one aunt, one uncle, and numerous nieces and nephews.
The family will receive friends at the Ronald V. Hall Funeral Home of Vidalia on Saturday, March 4th from 5:00-7:00 p.m.  The funeral service will be held in the chapel on Sunday, March 5th at 3:00 p.m. with Pastor Earl Wiggins and Pastor Reece Mincey officiating.
In lieu of flowers, memorial donations may be made to the Wounded Warrior Project by visiting their website at www.woundedwarriorproject.org
From: Charles Finch Sent: Thursday, March 16, 2017 7:04 PM  To: death.flwnwst
From: "jblwmorgan" <jblwmorgan@plantationcable.net>
Date: March 6, 2017 at 9:57:15 AM EST   To: "Charles Finch" cfinch4444@aol.com
From: Charles Finch Sent: Sunday, March 05, 2017 9:59 PM
Subject: Fwd: Delta Pilot, Ray Moody
.............................Ray was such a nice man.
message:  From: Nick Yonclas Date: March 5, 2017 at 9:10:09 PM EST
To: Charles Finch   Subject: Delta Pilot, Ray Moody
I once asked you if you knew a retired Delta pilot by the name of Ray Moody.  Ray passed away this week, and Barbara and I went to his funeral service today in Vidalia, GA.  Attached is the program from the service.  Ray flew L1011’s for Delta (in his later years, I assume), but I was more struck by the 188 missions he flew in Southeast Asia during three tours of duty there. Guys like Ray and you will always be my heroes.