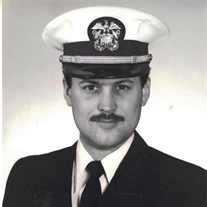 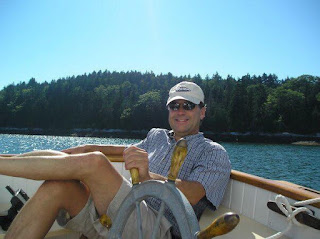 Word has been received with the passing of Delta pilot Captain Jon Robert Agne, age 58.  Captain Agne joined Delta Air Lines 09-13-1991.
He is survived by his wife Megan and their children.
Captain Agne’s obituary may be viewed online at http://www.legacy.com/obituaries/name/jon-agne-obituary?pid=1000000185602102
Online condolences may be shared at http://www.brackettfuneralhome.com/obituaries/Jon-Agne/
Thank you,
~ Carol for the PCN
July 8:  Jon Agne Memorial Service, Reception and Celebration of Life
Enclosed is the link for Jon Agne’s Memorial Service and Reception/directions/additional information.
RSVPs requested....thank you/~ C
Jon Agne Memorial & Reception      or click on at:
https://docs.google.com/forms/d/e/1FAIpQLScLxsUXtFYfVYw02eFSMe4WKHqsFKT4nfuqtQwiamGKafXz7A/viewform?c=0&w=1
---------------------------------------
Obituary..............................AGNE, Jon Robert    1959 - 2017
It is with great sadness that we announce the passing of Jon Robert Agne, 58, after a long and courageous battle with prostate cancer on Sunday May 21, 2017. He was born at Fort Bliss in El Paso, TX on May 14, 1959 to Robert and Rita (Thompson) Agne. He was a graduate of the Culver Military Academy in Culvert, IN and Northwestern University in Evanston, IL. Jon was a professional airline pilot. He joined the United States Navy in 1982 and was designated a Naval Aviator in 1984. He went on to fly for Delta Airlines and was based in New York City. A long time sailor he could be found in the summer sailing his beloved catboat "SURPRISE" out of Paul's Marina in Middle Bay. Much to the delight of family and friends he was an accomplished cook who loved to entertain. Both Jon and wife Megan have been strong advocates for animal rescue and have quite a menagerie to prove it. Jon is survived by his beloved wife Megan Northam of Brunswick, two grown children, Jonathan of Brunswick and Lauren of Alanta, GA, his father Robert of Dayton, OH, his siblings brother, Joel and sister, Julia, his uncle Ted Agne of Marblehead, MA; uncle Tom Agne of Delaware, OH; aunt Cinda Bush of Centerville, OH and aunt Cris Kidwell of Xenia, OH; beloved cousins and dear friends. Memorial visitation will be held from 12:00pm to 2:00pm Saturday July 8, 2017 at Brackett Funeral Home, 29 Federal St., Brunswick, a memorial service will follow at 2:00pm at the funeral home. Those who wish may leave a condolence to the family at www.brackettfuneralhome.com
- See more at: http://www.legacy.com/obituaries/dayton/obituary.aspx?page=lifestory&pid=185639998#sthash.VLLolRpU.dpuf
.....below is a notice from Delta Flt Ops notifying the Delta pilots of Jon Agne’s death.  Jon was a former Navy officer and pilot, flying P-3 aircraft before joining Delta....
Subject:  Passing of NYC 73N Captain Jon Agne
.....we have learned of the death of NYC 73N Capt. Jon Agne. Jon is survived by his wife and two children.
- Funeral Services:  Saturday, July 8
- Visitation 1200-1400
- Formal service 1400-1500
Brackett's Funeral Home, Brunswick, ME
Pilots are welcome to attend in uniform. Jon's family asks that donations are made to the following organizations:
- A Paw in the Door, an animal foster agency serving the mid-coast Maine area
- Blue Cure Foundation, an organization dedicated to the prevention of prostate cancer