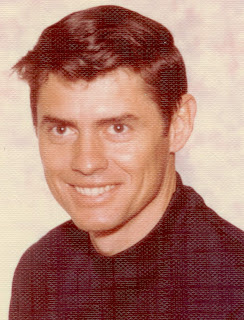 Our thanks to the family of Captain Bailey for contacting us with these changes.
Thank you,
~ Carol for the PCN
Obituary...........................
Chester Dale Bailey passed away July 22, 2014, at the age of 80.
He was born in Bloomfield, Indiana, to Mary and Homer Bailey. He was the youngest of seven children.
Chet was married to Inger Hindart and they had two children, David and Michael.
Chet was a captain in the Air Force and served 10 years with the Strategic Air Command. In 1965, he joined Pan American World Airways and worked his way up to captain. He flew for Pan Am for 26 years stationed out of San Francisco, New York and Berlin, Germany. Before retirement, he flew his last two years with Delta Airlines from New York. As a pilot he had the opportunity to travel the world. He loved adventure and had a lust for life. His idea of a vacation was surprising his kids by saying, “Pack, we are going to the airport.”
Chet retired to Bigfork, Montana, where he was an avid golfer.
He was preceded in death by his wife, Inger, and now rests with her.


Chet was a kind and gentle man who was loved by all. He is survived by his longtime companion, Gloria Johnson; his children, David and Michael, David’s wife Tana, his granddaughters Sydney and Claire, and his sister Bea. He also leaves behind numerous other close relatives and affectionate friends.
Posted by death at 4:37 PM