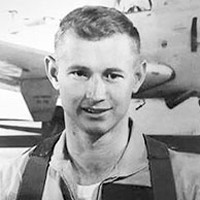 News has reached our group with the passing of retired Western/Delta pilot Captain John Rolland ‘Jack’ Hastreiter , age 75.  Captain Hastreiter joined Western Airlines 11-01-1976 and retired with Delta Air Lines in 2002, based 052/ATG.
To view/sign the online guestbook please visit  http://www.startribune.com/obituaries/detail/199507/?fullname=john-r-jack-hastreiter
There will be a wake this evening May 23rd at Huber Funeral Home's Excelsior Chapel. Huber Funeral & Cremation Services Excelsior Chapel (952) 474-9595.  A Mass of Christian Burial will be held tomorrow Wednesday, May 24th at 11AM with visitation one hour prior at St. John the Baptist church, 680 Mill St., Excelsior, Minnesota.
To the best of my knowledge personal condolences may be sent to the family at
20275 Cottagewood Road, Excelsior MN 55331-6701.
Arrangements entrusted to Huber Funeral Homes ... (952) 474-9595 huberfunerals.com
Thank you,
~ Carol for the PCN
Obituary.....................
Hastreiter, John "Jack" R. Age 75 of Deephaven. After a 9-month battle with cancer, Jack died peacefully on May 20, 2017, surrounded by family and loved ones, having received the Sacraments of the Catholic Church. He was born in Honolulu, HI February 8th, 1942 to his parents who have preceded him in death, Rolland and Marjorie (Goodwin) Hastreiter. He is survived by his loving wife of nearly 51 years Didi; 3 children, John (Karen), Erich (Rachel), and Kimberly Croucher (Nick); 15 grandchildren, Rachel, Maximilian, Anthony, Celine, Charles, & Sean Hastreiter; Benedict, Luciana, Genevieve, Nicolette, and Baby Boy Hastreiter; Stanley, Quentin, and Eloise Croucher, and 2 sisters; Caryl Djuric & Laurie Trail. Jack graduated from Punaho High School, Hawaii, in 1959. He received an appointment to the US Naval Academy, graduating in 1966 with a degree in Engineering and Mathematics. It was during his enlistment that Jack converted to Roman Catholicism from atheism. On June 8, 1966, he married Cordelia (Didi) Foote. He became a Naval Pilot, attaining rank of Lt. Commander, operating P-3's, Jets, and Piston Aircraft. In 1976 he became a commercial pilot for Western Airlines (later Delta Airlines); he flew B-727's, DC-9's, and B757/767's. After retiring from flying in 2002, he became an instructor for Delta. He worked as an instructor with both Delta and also as a B-787 instructor for Boeing. Jack enjoyed running, weight lifting, football, good cheese, and beer - not necessarily in that order. He always had on hand Elf cream soda or Summit for guests. Above all, Jack is remembered for being a devoted husband, father, grandfather, and devout Catholic who went to daily Mass with his wife for the last 20 years, and was consecrated in Schoenstatt. In lieu of flowers; memorials preferred to St. Jude Children's Research Hospital; 262 Danny Thomas Pl, Memphis, TN 38105, Miles Christi Religious Order: 25300 Johns Rd, South Lyon, MI 48178, and Schoenstatt on the lake: 27762 Co Rd 27, Sleepy Eye, MN 56085. A Mass of Christian Burial will be held Wednesday, May 24 at 11am, with a visitation one hour prior at St. John the Baptist church, 680 Mill St., Excelsior. There will be a wake Tuesday, May 23 from 5-8pm at Huber Funeral Home's Excelsior Chapel. Huber Funeral & Cremation Services Excelsior Chapel (952) 474-9595 huberfunerals.com

My Dear Friends,
It is with extreme sadness that I inform you of the passing of our good friend & fellow Retired Pilot Jack Hastreiter.
I have just now learned of this from a Facebook post which stated that he passed away this morning.
There were no more details included & you now know as much as I do at this point.
As soon as I learn anymore, I will be sure to update you.
I choose to remember him as happy & full of life as he was at our Retired Pilots Breakfast this past December........................
All my best,
Jim
Posted by death at 5:41 PM