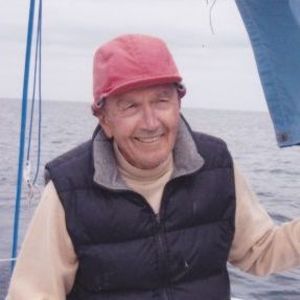 Word has reached us with the passing of retired Western Airlines pilot Captain Westcot ‘Wes’ Bell Stone III, age 96 and nearing his 97th birthday.  Captain Stone joined Western Airlines 07-01-1946.  Predeceased by his former wife Bette, he is survived by his son, one daughter and his grandchildren.  Captain Stone’s obituary may be viewed online at http://forestlawn.tributes.com/obituary/show/Westcot-Bell-Stone-105077067    Or at http://www.legacy.com/obituaries/name/westcot-stone-obituary?pid=1000000186334747
Services for Captain Stone are planned for Saturday, August 26th at 2:00PM, Forest Lawn, 1712 S. Glendale Ave., Glendale CA.  http://forestlawn.com/
You can read more of Captain Stone’s military career at http://www.americanairmuseum.com/person/223196
Also at http://www.aviationheritage.com/biography.cfm  ..............................Wes followed his brother into the Army Air Corps. Prior to entering service, he obtained his pilots license in 1940 through the Civilian Pilots Training (CPT) program. At the age of 21, he enlisted in Los Angeles on November 7th 1941. After flight training, where he flew the PT-19A, BT-13, AT-6 and the B-24, he was assigned to Ellington Field, Houston Texas as a B-24 instructor. Not being content with being an instructor, he requested and was transferred to the Eight Air Force in England.  Capt. Stone was assigned to the Second Division 466 Bomb Group 786 Squadron. He flew 32 missions which included Berlin. He received the Air Metal DFC.  After returning to the states he was assigned to Alamogordo New Mexico where he flew B-24s as targets for students in pursuit school.   From there, in 1945, he went to Lowry Field, Flight Engineer School in Denver, again flying B-24s equipped to train B-29 flight engineers. He remained in the Air Force until January 6th 1946 where he was discharged in San Antonio Texas.  After discharge he flew, as a Captain, for TWA, Western Airlines, Arrow and Flying Tigers until he retired in 1980. Wes married and had three children, a boy and two girls.................
If more news is received we will be sure to pass it along,
Thank you,
~ Carol for the PCN
Obituary....................
Westcot Bell Stone III, was born on August 23, 1920, in Los Angeles, California. He passed away on August 8, 2017. He is survived by his daughter, Elizabeth Stone Moore, his son, Westcot Bell Stone IV, and his grandchildren Ashley, Hunter and Hannah. Wes was predeceased by his former wife, Bette and his second daughter Kimberley. Wes passed away peacefully in his home where he lived for 61 years.
Wes was born in the front seat of his father's brand new 1920 Buick, which was the beginning of his adventurous life. In 1929 he and his family took a seaplane to Avalon, California to see the opening of the casino. It was then when Wes fell in love with the plane and the ocean. Wes built Dory boats in high school and used them to travel to Catalina with his friends and brother every summer. During their summers they would dive for coins to support their stay on the island. After graduating high school Wes entered University of Southern California and took flying lessons. Two years later Wes entered the Army Air Corps during WWII. He became the pilot in command of the B-24 Liberator named 'The Mad Monk" which was the name of one of his boats. He flew 32 missions and brought he and his entire crew home safely. His brother was not as fortunate and lost his life while flying a P-40 in WWII.

Wes became a pilot for Western Airlines in 1946 where he would work for 34 years. He always said he never worked a day in his life because he loved his job so much. Between trips his passion was sailing. He had many boats over the years and would include his friends on his trips. During the last two years while working at Western Airlines Wes was based in Honolulu, HI. So he and his family sailed his Cal46 from Redondo Beach, CA to Kaneohe, Hi. He used his boat as a place to stay and rest while he was between flights. Wes loved to travel and included his family on many interesting vacations, so in addition to sailing with his family to Hawaii they also travelled to Mexico, the British West Indies and Europe to name a few.
During his life he was a member of King Harbor Yacht Club (KHYC), Cabrillo Beach Yacht Club (CBYC), Kaneohe Yacht Club (KYC) and he was the Commodore of the Buccaneer Yacht Club (BUCYC). He enjoyed many years at all of the clubs.
Later in life he began an exhaustive search for his brother Earl who crashed in the Philippines during WWII. Earl's crash site was located and searched for DNA, however the search was unsuccessful. Wes was hoping to bring closure for his family and for himself before he died. It was the only piece of unfinished business for him but his family has promised to carry on until Earl's crash site is verified.
Wes lived his life to the fullest. He had such a positive attitude, everything was "doable" and he enjoyed every minute of his 96 years.
Arrangements are under the direction of Forest Lawn, Glendale, California.
FUNERAL SERVICE  :  Saturday, August 26 at 2:00 PM
Forest Lawn - Glendale - Wee Kirk o' the Heather