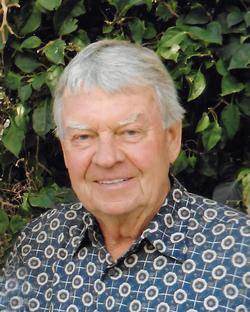 Notification with the passing of retired Northwest pilot Terry Richard Saul, age 76.  Terry joined Northwest 03-16-1970.  He is survived by his wife Maxine, their children and grandchildren, plus many friends and other family members.  Celebration of Terry’s life will be at 11:00 AM Thursday, August 31st at Hosanna! Church, 9600 163rd St W., Lakeville (Door 5) MN, with a gathering of family and friends the evening prior at White Funeral Home, 20134 Kenwood Tr., Lakeville MN (952-469-2723), visitation also 1 hour prior to service at church.
Private interment will be at Fort Snelling National Cemetery at a later date.
The online obituary and guestbook may be viewed at the funeral home website
www.whitefuneralhomes.com  or
http://www.whitefuneralhomes.com/fh/obituaries/obituary.cfm?o_id=4354361&fh_id=11395
will take you directly to obituary site.
If more information is received, we will be sure to pass it along.
Thank you,
~ Carol for the PCN
Obituary...............


Saul, Terry R., age 76, of Lakeville passed away unexpectedly on August 26, 2017. Terry served his country during the Vietnam War as a P-3 pilot for the US Navy and retired as a commercial pilot from Northwest Airlines after 26 years. He was active in many local religious and charitable organizations, and participated in a mission trip to Malawi, Africa. Terry had a special place in his heart for military veterans as well as the children of underdeveloped countries. He is survived by his loving wife, Maxine; sons, Rob (Amanda) and Jason (Emily) Saul; granddaughters, Courtney, Kaylee and Mila; sister, Marilyn Sherlin, also by countless other family and friends. Celebration of Terry's life will be 11 AM Thursday, August 31, 2017 at Hosanna! Church, 9600 163rd St W., Lakeville (Door 5), with a gathering of family and friends on Wednesday (8/30) from 5-8 PM at White Funeral Home, 20134 Kenwood Tr., Lakeville (952-469-2723) and 1 hour prior to service at church. Private interment will be at Fort Snelling National Cemetery at a later date. In lieu of flowers, memorials will be donated to Palm Branch, an outreach program to the community of Malawi, Africa, or to Copperleaf Charitable Foundation. Condolences: www.whitefuneralhomes.com
Posted by death at 1:21 PM