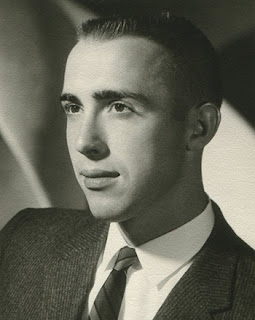 Word has been received with the passing of RNPA member retired Northwest pilot Capt. Lowell J. Schroeder, age 78.  Captain Schroeder joined Northwest Airlines 02-12-1968 and retired in 1999.   Captain Schroeder’s obituary may be viewed online at http://www.flintofts.com/obituary/Lowell-J.-Schroeder/North-Bend-Washington/1759247
Survived by his wife Dorothy, whitepages lists the family residence as
19221 SE 46th St., Issaquah WA 98027-9372.
If more information is received regard services, we will be sure to pass it along.
Thank you,
~ Carol for the PCN
Obituary...................   LOWELL J. SCHROEDER
Born:  March 4, 1939 in Sadorus, Illinois
Passed Away:  October 17, 2017 in North Bend, Washington
Lowell was born on a Champaign county, Illinois Holstein dairy farm on March 4, 1939. The farm raised corn and soybeans, baled hay, and also presented calves at the county fair for show. He graduated from Unity High School at Tolono, Illinois in 1957. He then attended the nearby Univ. of Illinois, graduating with a degree in agriculture. Soon after graduation he entered U.S. Air force Officers School at Lackland AFB in Texas. From there he attended Pilot School at Craig, AFB in Selma, Alabama. He flying assignment was for the C-130 cargo plane, stationed at Dyess AFB, Abilene, Texas. While in Abilene, Lowell went to buy a car at the Fred Hughes Buick dealership. At the dealership, he met secretary Dorothy Darden, a local farm girl. and they married on Aug 14, 1965. Soon after, he was sent to serve in Viet Nam for 19 months. In Nam' as a c-130 pilot, he flew out of Naha AFB, CCK, Taiwan and Nha Trang. Upon returning to Abilene, baby Jennifer arrived in September 1967. Upon his discharge from the Air Force, Lowell joined Northwest Airlines in MSP. Son Carl (aka Carlos) was born there in October 1974. In 1983, the family moved to Issaquah WA, where he eventually became Captain on the B-747. (also, having flown up to that point the B-707, B-727, and the B-757) He retired March of 1999, where after he entertained himself with hobbies of his corn and bean farm, boogie-woogie piano playing, and extensive travel and cruises with Dorothy. He belonged to Calvary Lutheran Church in Bellevue, Washington and to the Northwest Airlines Retired Pilots Association. He is survived by his wife Dorothy, daughter Jennifer and her husband John Malzewski of Fox Point, Wisconsin and also survived by his son Carlos, from Detroit, Michigan. Also, Survived by his brother Dale and wife Mary Lynne of Walla Walla, WA, and brother Hal of Wawautosa, Wisconsin, brother-in-law Junior and Elizabeth Wallace of DeRidder, LA., brother-in-law Robert and Marsha Darden of Tulsa,OK., aunt Martha Whisenhunt of Abilene, TX., and numerous delightful nieces and nephews.
From: RNPA News Sent: Wednesday, October 18, 2017 9:38 AM
Subject: RNPA News: Lowell Schroeder Has Flown West.

With great regret I must inform you that NWA pilot Lowell Schroeder passed away in the early hours last night. Lowell’s internment this Saturday is for FAMILY ONLY. There may be a memorial service at some later date to be announced.

Lowell was profoundly impacted by his Central Illinois rural upbringing. We all delighted in his rock solid mid-west qualities, his resourcefulness and his unbounded friendship toward all.

A special thanks to fellow pilot B.J. Mole for his friendship and caring role with Lowell in these last weeks.