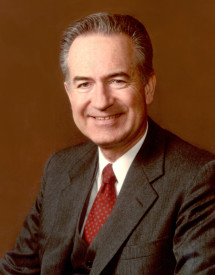 Larry Lee was a very humble much trusted and highly respected leader for Western Airlines back in the days especially prior to and during the merger with Delta Air Lines.
Larry was widowed just 3 months ago.....wife Marjorie’s obituary also appears below...
Online condolences may be shared at the funeral home website:  http://www.larkinmortuary.com/obituary/lawrence-h-lee-2/
Thank you,
~ Carol for the PCN

Lawrence H. Lee, known to friends as “Larry”, was born in 1927 in Santaquin, Utah.  He attended Bryant Jr. High and graduated from East High School in Salt Lake City, Utah.  During World War II he joined the Navy and served in the Pacific Theater in the Naval Air Transport Service.
Larry began his airline career in 1943 at the Salt Lake City Airport as a baggage handler for Western Airlines.  During his career, he worked in many different field and administrative positions.  In 1982, as Senior Vice President Transportation Services, he established Salt Lake City as Western’s first major “hub” operation.  In 1983, when Western Airlines was suffering financial difficulty, he accepted the position of President and Chief Executive Officer.  During the next few years, he designed and implemented a plan that resulted in a dramatic financial turnaround of the airline.  Having proven the value of the Salt Lake City “hub” and establishing record profits, Western became an attractive merger entity and was sold to Delta Air Lines in 1986, shortly after Larry retired as Chairman of the Board.
Larry received his MBA degree from California State University Domingues Hills and later served on the President’s Advisory Board.  He also served on other State and National boards and was involved in several business, civic and cultural organizations in Utah.
During his lifetime, Larry served in various service and leadership roles in the Church of Jesus Christ of Latter-day Saints, including Bishop of the Scottsdale, AZ Ward, and missionary in London, England with his wife, Marjorie.  He also presided over the England Leeds Mission.
Larry’s hobbies and interests included playing guitar, jewelry making, cooking and chocolatiering.  In his retirement years he enjoyed writing and became a lyricist and award-winning poet.
He married Marjorie Anne Lewis in 1946.  They were married 71 years.  Surviving Larry are his three children, Richard (Suzanne – Bonner’s Ferry ID); Stacy Shelley (Rick – Tempe, AZ); Randolph (Laura – Longmont, CO); eleven grandchildren, 29 great-grandchildren and one great-great-grandchild.  He was preceded in death by his wife, Marjorie, his parents and his brothers; Thomas, Rector, Fredric and Harry.
The funeral will be held on Saturday, November 4th, 2017, at 11:00 am, at the LDS Salt Lake Stake Center, 142 West 200 North, Salt Lake City, UT, 84103.  The family will receive friends at a visitation at Larkin Mortuary, 260 East South Temple, Salt Lake City, UT, 84111 from 6:00-8:00 pm on Friday, November 3rd, and at the Stake Center an hour before the funeral service.
Burial will be in the Provo City Cemetery.
--------------------------------------------------
https://www.findagrave.com/cgi-bin/fg.cgi?page=gr&GRid=181441776
OBITUARY FOR MARJORIE A. LEE

Marjorie Lewis Lee passed away July 12, 2017 from causes incidental to age.
Upon her husband’s retirement, Marjorie was given a plaque that stated,
“Marjorie Lee, without your support where would we be?” It was signed “The Directors, Officers and Employees of Western Airlines.” Now her family makes a similar statement, “Without you, Mama, where would we be?” You not only gave us life, you made life worth living. You shared with us an abounding sense of humor, every cliché ever uttered – including many that popped out of your verbally creative brain, and, most of all, you showed us by your example how love can endure. Marjorie was born in Colorado Springs, Colorado in 1920 to Clay Edward and Frances Elizabeth Lewis. Following graduation from high school, she attended Colorado Women’s College in Denver. WWII offered ways to help with the war effort and she obtained a position as stenographer at the Alameda Naval Air Station. It was at this time she met Lawrence H. Lee, and after a condensed courtship, they married and settled in Castro Valley, California. They later moved to Scottsdale, Arizona. In 1961 they transferred to California where she resided until her husband’s retirement in 1986. A convert to The Church of Jesus Christ of Latter-Day Saints, Marjorie held various church positions. She and her husband served as missionaries in the England London Mission. Following this, she was the “Mission Mum” when her husband presided over the England Leeds Mission. For the past several years, they have resided in Salt Lake City and Gilbert, Arizona. Surviving Marjorie are her husband, Lawrence “Larry”, and their three children,
Richard (Suzanne – Bonner’s Ferry ID); Stacy Shelley (Rick – Tempe, AZ); Randolph (Laura – Longmont, CO); eleven grandchildren, 29 great-grandchildren and one great-great-grandchild. She was preceded in death by her parents and brother, Frank Lewis. The funeral will be held on July 22, 2017 at 11:00 am at the LDS Salt Lake Stake Center, 142 West 200 North, Salt Lake City, Utah, 84103. The family will receive friends at a visitation at Larkin Mortuary, 260 East South Temple, Salt Lake City, Utah, 84111 from 6:00 to 8:00pm on July 21, 2017 and at the Stake Center an hour before the funeral service. Burial will be in the Provo City Cemetery.
Posted by death at 5:56 PM