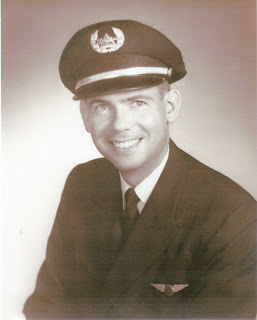 
Dave, thank-you for the email - you may not have heard, but my father, Oliver, passed away last April 2. We miss him very much.

I am going through his email box just in case there would be any important emails like yours. He was always interested in posts about aviation.

Feel free to contact me at this email or wdredger@gmail.com

He was born December 30, 1931 at Brooklyn, NY. the son of Oliver W. and Ellen Duggan Dredger.  He was reared in New York and graduated from St. John’s University.  Mr. Dredger served in the United States Air Force as a pilot during the Korean War.

Mr. Dredger was an airline pilot for Delta Airline and lived in Atlanta, GA. many years before moving to St. Marys in 1994.  He calculated that he had been in the air nearly 3 years of his life. He also was a private pilot.  Mr. Dredger was a member of Assumption Chapel in St. Marys.