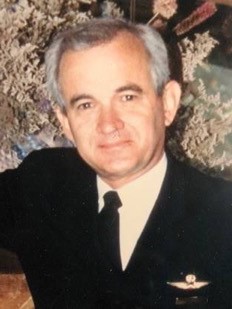 News has reached us with the passing of Delta Golden Wings member retired Delta pilot Captain Frederick John Beardsley, age 81.  Captain Beardsley joined Delta Air Lines 01-16-1961 and retired in 1996, based 031/ATL, Ln. Ck. Airman.  He is survived by his wife Jane, their children,  grandchildren and great grandchildren, plus many other dear friends and family members.   A Celebration of Life service will be held at 3:00 PM on Wednesday, November 15th, at the Delta Air Lines Museum, 1060 Delta Blvd #B-914, Atlanta, GA 30354.  Obituary information below should appear soon in the AJC... perhaps that will lead us to an online guestbook.
For those wishing to send personal condolences, whitepages indicates the Beardsley’s residence as
4136 Edinburgh Trail NE , Roswell GA 30075-2609.
Thank you,
~ Carol for the PCN
Obituary.....................  Frederick John Beardsley
Fred Beardsley, 81 of Roswell, Georgia passed away October 27, 2017 at Emory
St. Joseph Hospital in Atlanta GA, after a brief illness.
Fred was born March 10, 1936 in Bridgeport, Connecticut to Leon and Eileen
Beardsley. He graduated from Northfield Mount Herman High School in
Massachusetts and attended Bucknell University.  Fred was passionate about
being a pilot, and joined the US Navy as an Aviator in 1956, where he flew
the A-4 Skyhawk.
In 1961, Fred fulfilled his dream when he became an airline pilot for Delta
Airlines, where he flew for 35 years.  Upon his retirement in 1996, Fred
continued to work for the Delta Alcohol Rehabilitation Program assisting
many pilots on their road to recovery.
Fred is survived by his wife, Jane; his two children, Michael Beardsley
(Renee) and Lynn Warner (Mark); six grandchildren, Amanda Bonser, Schaefer,
Chandler, and Michaela Beardsley, and Justin and Kaitlyn Warner; and two
great-grandchildren, Emma and Addison Bonser.  Additionally, he is survived
by extended family, including William Sewell III, Wynne Sewell, Jane S.
Sowell, Michael Sewell, Sean Sewell and Sally S. Anthony.
The Celebration of Life service will be held at 3:00 p.m. on Wednesday,
November 15th, 2017 at the Delta Airlines Museum, 1060 Delta Blvd #B-914,
Atlanta, GA 30354.
In lieu of flowers, please consider a donation to MARR Addiction Treatment
Center scholarship fund in the name of Frederick J. Beardsley.
MARR, 2815 Clearview Place, Doraville, GA  30340  or by visiting www.marrinc.org
-----Original Message-----
From: Edwin Conrad AT&T  Sent: Wednesday, November 01, 2017 4:26 PM  Subject: Celebration of Life for Retired Captain Frederick J Beardsley
Would you inform the network that there will be a celebration of life for
Retired Captain Frederick J Beardsley on November 15th between 15:00 and
17:00 at the Delta Museum located at the Atlanta airport.  The Obituary will
be out shortly.
Thank you
Edwin L Conrad
Captain, Retired=
From: JON J MAYNARD Sent: Tuesday, October 31, 2017    Subject: Captain Fred Beardsley's Celebration of Life Arrangements
Fellow Nesters,
Captain Fred Beardsley's Celebration of Life will be held at the Delta Museum on November 15th from 1500 to 1700.
The BOAF 40th Annual Banquet will be held following the ceremony.
Thanks to everyone for there concern and patients during this difficult time for the family and our fellowship.
Warm Regards,
Robert I
BOAF Communications Officer
From: Dave Bushy Sent: Monday, October 30, 2017 Subject: Fred Beardsley
...............I just received word that retired Captain Fred Beardsley, who was one of the leaders in the Delta HIMS Program and Birds of a Feather, passed away last week.  I don’t have any further details, but the word came out through the Birds group:
boaf_atl@outlook.com
Best,
Dave
From: thfoster6@aol.com: Sent: 10/27/2017 2:55:06 PM Eastern Standard Time  Subject: Ret. Delta Capt Fred Beardsley has passed
Ret. Delta Capt. Ed Conrad sent notice of the passing of Ret. Delta Capt Fred Beardsley early this morning. Fred & his wife, Jane, reside in Roswell, Ga. I believe that St. Joseph Hospital is in Atlanta.
Travis Foster
--------------------------------------------------------------------------------
From: elconrad@att.net: Sent: 10/27/2017 6:41:03 AM Eastern Standard Time  Subject: Fred Beardsley
Fred passed away at 01:56 this AM at St. Joseph Hospital. No details at this time.