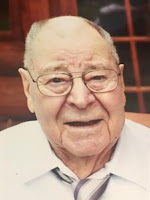 
A reception celebrating Eleanor's life will be held at Lewis Chapel on Monday, October 29th, at 1 p.m. An online memorial can be seen at www.lewischapel.com.
Posted by death at 4:42 PM