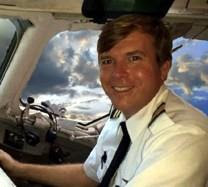 Notification with the passing of Delta pilot Frank Kendall ‘Kenny’ Tipton, age 51.  I believe he joined Delta Air Lines 01-15-1998 and was based ATL.  Obituary information indicates that Kenny is survived by his daughter, his parents, and other family members.
This link should take you directly to the online obituary and guestbook:  http://obits.dignitymemorial.com/dignity-memorial/obituary.aspx?n=Frank-Tipton&lc=7007&pid=187162522&mid=7627818
Online obituary information may also be viewed at
http://times-herald.com/news/2017/11/frank-kendall-tipton
Also at http://quadcitiesdaily.com/?p=419991  and
http://www.legacy.com/obituaries/name/frank-tipton-obituary?pid=1000000187162522
Memorial services for Kenny Tipton will be held on Saturday, November 11th at 11:00 AM, with visitation one hour prior at Good Shepherd Episcopal Church in Decatur, Alabama. Graveside services will be held at 11:30 AM on Monday, November 13th, Barrancas National Cemetery, Pensacola FL.
Thank you,
~ Carol for the PCN
Obituary........................Frank Kendall Tipton
Frank Kendall "Kenny" Tipton of Newnan, GA, died on Saturday, October 28, 2017.
He was born on September 12, 1966 in Decatur, Ga. His early years were spent in Decatur, Ga. and Stone Mountain, Ga. and later in Bloomington, Minn. where he graduated from JFK High School.
After attending Auburn University where he was a member of Chi Phi Fraternity, he entered the U.S. Navy as a Naval Aviator. After the Navy he flew for Sun Country Airlines and then began his dream job as a pilot for Delta Airlines.
There will be a memorial service for Kenny on Saturday, November 11 at 11 a.m. with a visitation beginning at 10 a.m. at Good Shepherd Episcopal Church in Decatur, Ala. with a light lunch afterwards. A burial service will be held at 11:30 a.m. on Monday, November 13 at the Barrancas National Cemetery at the Pensacola Naval Air Station at Pensacola, Fla.
He is survived by his daughter, Kathryn Amelia Tipton; parents, William and Ashlyn Tipton of Decatur, Ala.; brother, William(Becky) Tipton IV, nephews, Will and Matthew; aunt, Sandra Wheeler; cousins, Lisa(Lee) Friend, Wendy(Adam) Nichols, Randall Wade, Kim Daniels and Kristie Greene.
In lieu of flowers, contributions may be made either to Good Shepherd Episcopal Church, 3809 Spring Avenue Decatur, AL 35603 or to Canine Assistants 3160 Francis Road Alpharetta, GA 30004.


Roselawn Funeral Home, Decatur, Ala.
Posted by death at 3:59 PM