~ IN MEMORY ~
DL pilot Richard House, and his father Wayne 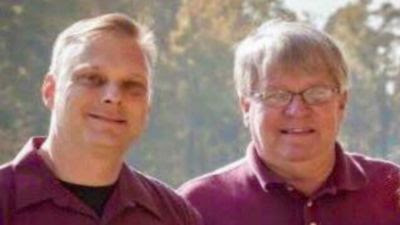 Notification with the passing of Delta pilot Richard House and his father Wayne due to an aircraft accident.  Richard's obituary notes that he was a pilot for Delta Air Lines since 2014.  If more information is received we will then pass it along.
Thank you,
~ Carol for the PCN
Obituary...............Richard House, of Southaven, MS
Richard House, 43, passed away Saturday, December 2, 2017 as the result of an aircraft accident which also claimed the life of his father, Wayne House. Richard was a member of Christ Presbyterian Church, a pilot for Delta Airlines and a former pilot for Pinnacle Airlines. A graduate of Delta State University, he was a former member of the Army Reserve and enjoyed motorcycles. The family will receive friends from 5 p.m. until 7 p.m. Wednesday at Christ Presbyterian Church in Olive Branch. A memorial service will be held at 1 p.m. Thursday at Christ Presbyterian Church. The family will receive friends following the service. Survivors include his wife, Patti House; daughters, Mikayla House and Carmen House, all of Southaven, parents, Ray and Kathy Swilley of Hattiesburg; sister, Robyn Whitehead (Todd) of Nacogdoches, TX. Hernando Funeral Home (662) 429-5260  www.BrentwoodFuneralServices.com
-----------------------
News article:  http://wreg.com/2017/12/04/report-men-killed-in-weekend-helicopter-crash-identified/
— The two men killed in a weekend gyrocopter crash have been identified by authorities.
The DeSoto County Sheriff’s Department identified the pair as 70-year-old Wayne House and his son, 43-year-old Richard House.
They were killed Saturday when their two-seater experimental aircraft crashed coming in for a landing at a private air strip on Malone Road in Hernando.
------------------------
News article:  https://nypost.com/2017/12/04/father-son-killed-trying-to-land-gyrocopter-at-airport/
A father and his son died while trying to land a gyrocopter at an airport in Mississippi, authorities said.
Wayne House, 70, and his son, Richard House, 43, were killed when the two-seater experimental aircraft crashed while coming in for a landing outside Eagles Ridge Airport, DeSoto County Sheriff’s Department spokesman Alex Coker told the Clarion-Ledger.
Love Volunteer Fire Chief Shawn Witt said his department responded to the incident at about 5:30 p.m. Saturday after initial reports of a grass fire.
“While checking the perimeter I saw a large fire and thought it was just some brush, but once I got closer I saw the propeller and one of the victims,” Witt told the newspaper, adding that the crash site was about 500 yards from the airport.
It’s unclear which man was piloting the aircraft, but Richard House had been a commercial pilot for Delta Air Lines since 2014, according to the Commercial Appeal, citing his Facebook profile.
“They’re usually a one- or two-seater,” Coker said of the small aircraft. “They’re not commercial grade, by any means. It’s more a hobbyist-type of smaller aircraft, something every person can own.”
A spokesperson for the Federal Aviation Administration confirmed that the aircraft was destroyed by fire.
The FAA will investigate the incident, a spokesperson told The Post.
It’s still unclear what caused the accident.


The FAA is investigating the matter.
Posted by death at 10:17 PM