I wish to thank Linda, Dick Quayle and David for passing along the sad news about Bob.  Capt Bob was infamous at ORD and loved by all.  May his family realize all the condolences and well wishes coming their way in this time of loss.  Please see below for service information and sharing your condolences. 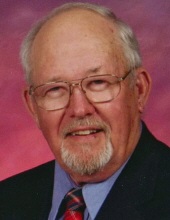 SUN PRAIRIE-Robert Earl “Bob" McDowell, age 81, passed away on Sunday, Dec. 10, 2017. He was born on May 26, 1936, in Madison, the son of Earl and Flossie (Henry) McDowell. Bob graduated from Madison East High School in 1954. He married Sharon Whitefoot on May 15, 1965.  Bob attended the UW-Madison and worked for the Carnes Corporation. He enlisted in the U.S. Air Force in 1955 and flew the T33, F89, and F102 for the Air National Guard until 1966. He joined Delta Airlines in 1964, and flew… 31 years as a captain, co-pilot and flight engineer.  Bob was a faithful member of St. Paul Lutheran Church in Marshall, where he served as an usher, councilman, and counter. Bob's Christian faith and generous spirit was apparent to all who knew him. He was a member of the Marshall Lions Club and proudly served his community for over 20 years.  Bob is survived by his wife, Sharon; daughters, Cindy (Peter Esch) of Surprise, Ariz., and Michelle (Damon Bryant) of Monona; granddaughter, Tiffany; grandsons, Evan and Mason; sisters-in-law, Arline Hoenecke and Wilma Whitefoot; and many nieces and nephews to whom he was "Uncle Bob".  Funeral services will be held at ST. PAUL LUTHERAN CHURCH, 204 Deerfield Road, Marshall, at 11 a.m., on Friday, Dec. 15, 2017, followed by a ceremony at 2 p.m. at Roselawn Memorial Park and Chapel Mausoleum in Monona.  Visitation will be held at GUNDERSON EAST FUNERAL AND CREMATION CARE, 5203 Monona Drive, Madison from 4 p.m. until 6 p.m. on Thursday, Dec. 14, 2017, and at the church from 9 a.m. until the time of the service on Friday.  Memorials may be directed to St. Paul Lutheran Church or to the donor's charity of choice.

I understand Gunderson Funeral Home East is in Charge of arrangements and that condolences may be put on line at:  www.gundersonfh.com.  I also understand that a full obituary will run in the Wednesday edition of the local newspaper.  If someone wanted more information the number for the funeral home is 608-221-5420.