CARES AND CONCERNSThank you to Mrs. Gayel C. Tillman, widow of the late retired Delta Captain James Chester Tillman, Jr., 76, who passed away November 29, 2017.  He was hired by Delta 6/2/1969 and retired 1/1/1998.  To view or sign the Online Guest Book, click on http://www.mowellfuneralhome.com/obituaries/James-Jim-Tillman-Jr?obId=2749793#/celebrationWall .  Expressions of condolence may be sent to Mrs. Tillman and family at 1303 Redwine Road, Fayetteville, GA 30215.  Services information is in the obituary below.
Dave

My husband, James C. Tillman, Jr. (Delta ID # 280034), passed away on 11/29/17.  I know he was a member of the retired pilots’ group you represent.  I just wanted you to be notified so that you could update your records.  If there is anything else we should do in regards to your organization, please me at your convenience. 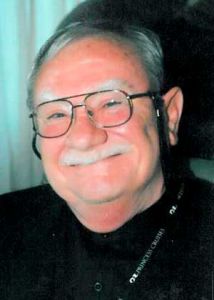 Jim was born on April 17, 1941, in LaGrange, Ga., to the late James C. Tillman, Sr. and Floy Gore Tillman. He was a high school graduate of Georgia Military College, a college graduate of Georgia Tech, and he earned a Master’s Degree from the University of Southern California.

After serving five years in the Air Force as a B-52 pilot, he became a pilot for Delta Air Lines and retired as a captain after more than 28 years.

In lieu of flowers, please make donations to Crossroads Hope Academy www.crossroadspg.org, a forever home and charter school for lost boys ages 12-18 who have been failed by the foster care system and which Jim personally and financially supported.