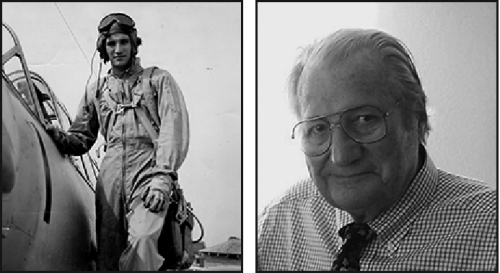 Notification with the passing of retired Western/Delta pilot Captain Alexander John Morrison, age 89.  Captain Morrison joined Western Airlines 05-01-1957 and retired with Delta Air Lines in 1988, based Los Angeles.  Captain Morrison is survived by his wife Sue, their children and grandchildren.
To view the obituary online and sign the guestbook, you may click on at
http://www.legacy.com/obituaries/sanluisobispo/obituary.aspx?pid=187640380
For those wishing to send personal condolences, whitepages indicates the current family address as
73 Broad St Apt 301  , San Luis Obispo CA 93405-3722  ...  (805) 528-5978.
Thank you,
~ Carol for the PCN
Obituary..................Alexander John Morrison
-- Alexander John Morrison, 89, of San Luis Obispo took off and flew west to rendezvous with his ethereal squadron to trap on a equally ethereal carrier on November 16, 2017. They are assured of blue skies and calm seas for their eternal deployment. Alex was born in Brooklyn, New York on November 9, 1928. Shortly thereafter he and his parents moved from Brooklyn to Radburn, N.J. He attended school in Radburn and Ridgewood N.J. He finished his early schooling attending The Gunnery in Washington, CT, thus making him a certifiable preppie. The next step was studying mechanical engineering at Purdue University. It took three years for Alex to realize he was neither cut out for nor really wanted to be a engineer. About this time, his parents decided to move to California and he joined them. Working for a living became a bit unappealing, so Naval Flight School looked like a good option. He received his Gold wings and a commission in the Marine Corps on September 30, 1952. His first duty was in VMA 211 at Cherry Point, NC for two carrier deployments. He was then sent to Miami, FL for duty with VMA 324 which was preparing for a combat deployment to Korea. They deployed on the U.S.S. Saipan CVL 48 operating out of Japan. At the end of their duty in the Far East, the ship had orders to return to the U.S., via the Suez Canal and Mediterranean Sea making the deployment a Round-The- World cruise. The end of February '55' saw the end of Alex's active Marine Corps duty and also his bachelorhood. Sue Bach and he were married on February 26, 1955. They had a son, Michael, followed by Patricia, and then Laura. Alex and family resided in Palos Verdes, CA until 1974 when they relocated to Park City, UT. While all this was going on, Alex was a design engineer at Douglas Aircraft, and then hired as a pilot for Western Air Lines. This career lasted 31 years and during that time Western merged with Delta Air Lines. He flew for Delta until he retired as a DC-10 captain on November 8, 1988, at the age of 60. At the time of his retirement, he and Sue were living on a small apple farm in Atascadero, CA and after five years of doing agrarian things they were ready for a change. They moved from the farm to a condo in Avila Beach and commuted back and forth to their condo in Park City, UT. This sounded idyllic; however the going back and forth became a nuisance. Both condos were sold and a house in Park City was purchased. The following years were very active years, particularly during the ski season when Alex enjoyed skiing every morning with his buddies. Alex had peripheral neuropathy and eventually his neuropathy worsened to the point that skiing was a thing of the past. A winter of not skiing convinced he and Sue that a warmer climate was in order. They moved to Los Osos to be near their son, Michael and daughter in law, Suzanne. Alex is survived by his wife of 62 years Sue, of San Luis Obispo, CA; son, Michael and daughter in law Suzanne of Los Osos, CA; daughter, Patricia Sterling and son in law Richard of Shelton, Conn.; daughter, Laura Tacheney and son in law Joe of Kamas, UT; grand- daughters: Samantha and Emily; and grandson, AJ; and his dog, Lobo. Many thanks to the caregivers and staff at Garden Creek, Hospice and BrightStar Care for the care and devotion that kept Alex comfortable during his final days. At Alex's request his ashes will be spread on one of the mountains he climbed, and a party in his honor will be held at a later date with bagpipes, good whiskey, and fine wine. To Alex from Sue May the road rise up to meet you. May the wind be always at your back. May the rain fall soft upon your fields, and the sun shine warm upon your face. And until we meet again, may God hold you in the palm of his hand. Sign his guestbook at sanluisobispo.com/obituaries