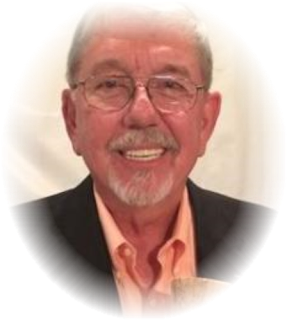 News has reached our group with the passing of retired Delta pilot Captain Alvin F. Pannell, age 74.  Captain Pannell joined Delta Air Lines 04-17-1970 and was based Atlanta.  He is survived by his wife Judy, their children and grandchildren.
To share memories online please visit the funeral home website at
http://www.memorialparkfuneralhomes.com/obituaries/alvin-al-f.-pannell
Captain Pannell’s obituary below notes that services are planned for Saturday, February 3rd at First United Methodist Church, 980 Thompson Bridge Road, Gainesville, Georgia 30501, with reception to follow in the Gathering Room.
Should more information be received we will be sure to pass it along.
Thank you,
~ Carol for the PCN
Obituary............................ Alvin (Al) F. Pannell, age 74 of Gainesville, Georgia.
Born February 16, 1943 – Passed January 29, 2018.
Al passed peacefully in his sleep on Monday morning. He was preceded in death by his parents, Daisy and Reuben Pannell, and brother, Felton Pannell, all of Marietta, Georgia.
Al is survived by his wife of 38 years, Judy Pannell of Gainesville; daughter Liesl Pannell New, son-in-law Kevin New of Canton, Georgia; daughter Lauren Pannell McBride of Marietta, Georgia; stepson Christopher Soto and daughter-in-law Gina Arnone of Hillsborough, North Carolina; grandchildren Austin and Jordan New, Brianna and Alyssa McBride, and Sebastian and Emanuel Soto; sister Gladys Pannell Wyant and brother-in-law Joe Wyant of Gainesville, Georgia; sister Kathryn Pannell Wooten and brother-in-law William Wooten of Cartersville, Georgia; and three nieces and three nephews.
Al graduated from Marietta High School and attended Emory University. He left his pre-med studies at Emory to pursue his unbridled passion for flying. As a pilot and Major in the United States Marine Corp., Al’s small enemy reconnaissance aircraft was downed by enemy small arms fire on one of the initial takeoffs from an improvised air strip in Khe Sanh, Vietnam. Barely surviving this crash, he and his copilot were photographed by a battlefield correspondent and one of the more dramatic photos of this incident quickly appeared as the “Cover Shot” of Life Magazine. For his gallant efforts, Al received the Purple Heart, Air Medal, National Defense Medal, and many other accolades and medals of valor recognizing his courage and distinguished service while on active duty, as well as his continuing service to his country as an active flier for the Marine Corp Reserves. He joined on August 4, 1964 and retired from the air reserves in 1981. Al’s flying skills earned him a rewarding career flying for Delta Airlines, where he flew both domestically and internationally, retiring after 32 years as a valued and acclaimed Delta Captain.
Befittingly known to his family and friends as “Big Al”, he is known for his huge heart, his sizable sense of humor and extensive lust for life. To his adored grandchildren, he is known as simply “Uumpa.”
Al sought the exhilaration and reward presented by a good challenge. He never ceased moving forward in learning and mastering new passions, hobbies or interests. Following his retirement from Delta and raising Chianina cattle, he researched, studied and mastered the art of Bonsai gardening. In the same vein, he became a Master Gardener with the Hall County Master Gardeners Association. Pursing other creative endeavors, he became a true artist and accomplished wood turner. As an avid golfer, he developed “game” and enjoyed playing in several groups associated with the Chattahoochee Country Club. On a spiritual side, both he and wife Judy loved their Aldersgate Sunday School Class at First United Methodist Church. To round out his already exceptional set of “people skills,” Al was a beloved member of his weekly coffee clubs including fellow Marines, Delta pilots, and Sunday School friends.
Along with Al’s wife and his family, Memorial Park North Riverside Chapel has scheduled a celebratory service of Al’s life beginning at 11:00am on Saturday, February 3, 2018 at the First United Methodist Church, 980 Thompson Bridge Road, Gainesville, Georgia 30501. A reception will follow in the Gathering Room.
In lieu of flowers, contributions may be made to Eagle Ranch ( 5500 Union Church Road, Flowery Branch, Georgia 30542), CASA  (603 Washington St. SW, Gainesville, Georgia 30501), or Family Promise (1001 Riverside Drive Suite B, Gainesville, Georgia 30501).
Online condolences may be made at www.memorialparkfuneralhomes.com