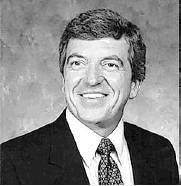 News has reached our group with the passing of retired Delta pilot Captain Carl Paul McCallum Sr., age 80. Captain McCallum joined Delta Air Lines 08-15-1969 and retired with Delta in 1997, based 030/ATL.  He is survived by his wife Marilyn, their children and grandchildren, plus many dear friends and colleagues.
To view the obituary online and share memories please visit
http://www.legacy.com/obituaries/atlanta/obituary.aspx?n=carl-p-mccallum&pid=187842666

Carl P. McCallum of Marietta, GA passed away peacefully on January 5, 2018. He was born in Detroit, Michigan on May 9, 1937. Carl grew up in Cincinnati, Ohio, and graduated from Mariemont High School. He attended the U.S. Naval Academy, class of 1960. Carl served in the Navy from 1960 to 1968. He was first stationed at Patuxent River, MD and flew the first generation P3 Lockheed Orion.
Later in his military career, he flew for the Department of Defense as a test pilot for Lockheed in Palmdale, California. Carl served as President of the United States Naval Academy Alumni Association, Atlanta Chapter, and was a Trustee at the United States Naval Academy. Carl began his 30-year career as a pilot with Delta Airlines in 1968, retiring as Captain in 1997.  Carl was an active member of his church and served as an Elder for many years at John Knox Presbyterian Church in Marietta, GA. He was a devoted husband, father, grandfather and great-grandfather.