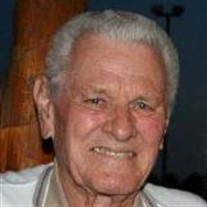 Notification with the passing of retired Delta pilot Captain Elvin Hardy Rawls, age 85.  Captain Rawls joined Delta Air Lines 01-16-1961 and retired in 1992, based Los Angeles at time of retirement.  He is survived by his wife Sandra, his children and grandchildren plus many other family members, friends and colleagues.
To view/sign the online guestbook please visit the funeral home website at http://www.shmfh.com/obituaries/Hardy-Rawls/
Memorial Services for Captain Rawls will be held today May 2nd at 4:00PM, at Montgomery United Methodist Church located at 22548 Highway 105 West, Montgomery, TX 77356.  For those wishing to send a personal note, whitepages lists the family residence as (936) 448-2860...
address:     3809 Windjammer Lane, Montgomery TX 77356-8061.
Thank you,
~ Carol for the PCN
Obituary..............................Hardy Rawls


- MONTGOMERY, Texas - Elvin Hardy Rawls died peacefully at his Lake Conroe home April 28, 2018. Hardy was a husband, father, pilot, entrepreneur, car collector, mentor and friend to many during an abundant and wonderful life. He was 85. He was born in Rich Square, North Carolina May 28, 1932, the son of Idell Hardy Rawls and Wallace Elvin Rawls. Upon high school graduation, he entered the U.S. Air Force and was trained to be a pilot. He graduated from flight school in 1954 and flew the F-86, B-26, and C-47. In 1958, he was released from active duty and joined the Air National Guard. Reaching the rank of major, he retired from military duty after 20 years of service. In 1961, he joined Delta Airlines and later moved to Houston. He was a Delta pilot for 31 years, serving as a captain and eventually flying the Lockheed L-1011. He retired from Delta in 1992 at the mandatory age of 60. After his Delta retirement, Hardy and business partner Kenneth Rickli formed an auto salvage auction company called Bayou City Auction Pool in Houston in 1994. Their business flourished, employing dozens of people, and opening branches in Dallas and San Antonio. In 2006, the business was sold to a national chain and Hardy retired to his farm and home in the Montgomery area where he enjoyed collecting automobiles and visiting with his many friends. He restored and showed antique cars, winning local and national awards. Hardy specialized in the Buick Riviera and restored two award-winning examples. He is survived by his wife Sandra Rawls; four children: Theresa MacLean of Lake Conroe; Larry Rawls of San Rafael, California; Don Rawls and wife Pam of Conroe; and Leigh Ann Richardson of Gardnerville, Nevada; one stepson: Robb Reeves and wife Martha of Hesston, Kansas; three grandchildren: Ashleigh MacLean, Ryan Rawls, and Shannen Rawls; two step-grandchildren: Morgan Redding and Sydney Reeves. A Memorial Service will be held on Wednesday, May 2, 2018, at 4:00pm at Montgomery United Methodist Church, 22548 Highway 105 West, Montgomery, TX 77356. In lieu of flowers, memorial contributions may be made to St. Judes Children's Hospital, M.D Anderson Cancer Center, and the National Kidney Foundation. Condolences may be left by visiting the Sam Houston Memorial Funeral Home website at shmfh.com
Posted by death at 12:32 PM