~ IN MEMORY ~
Military veteran, NC/NWA Capt. Richard M. Irgens
December 09, 1931 ~ June 08, 2018
News has reached us with the passing of retired North Central/Northwest Airlines pilot Captain Richard Markus Irgens, age 86.
He is survived by his children and grandchildren, plus many other family members and friends.
Obituary information for Captain Irgens may be viewed online at
http://www.ohalloranmurphy.com/obituary/richard-irgens
also at
http://www.startribune.com/obituaries/detail/0000260627/?fullname=richard-m-irgens#1
Services have taken place in Minnesota....please see information below.
Thank you,
~ Carol for the PCN 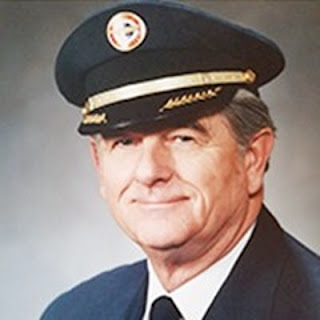 Irgens, Richard M. Richard M. Irgens, 86, of St. Paul passed away surrounded by the love of his family on June 8, 2018. Richard was born in Glenwood, MN to Chester and Mary (Fischer) Irgens in 1931. He was a graduate of Glenwood High School. After High School he joined the military. Serving as a Lt. Col. In the Marine Corps, he flew helicoptors. And upon his retirement he flew as a commercial pilot for North Central Airlines. Richard was a Civil Defense Coordinator for Prior Lake, as well as a councilman. He was a member of the Lions Club in McGregor. He was an avid sportsman and a lover of nature, often wishing to sit outside and watch the deer in the field. Richard is survived by his five children: Kimberly (Frank) Rose-Pannell, Linda Irgens, Richard (Rachel) Irgens Jr., Lisa Irgens, Michael (Brenda) Irgens, grandchildren: Christopher Nicosia, Sarah Nicosia, Antonio Chirpich, Angela Chirpich, siblings: Robert Irgens, and Donald (Linda) Irgens. Richard was preceded in death by his brother, Chester Irgens Jr., who died at birth. A visitation for Richard will take place on Monday, June 11, 2018 from 5:00 PM to 7:00 PM at Roseville Memorial Chapel. A funeral service will take place on Tuesday, June 12, 2018 at 11:00 AM with a short time of visitation at 10:00 AM prior to the service. Richard will be buried in his hometown cemetery, Sacred Heart Catholic Cemetery in Glenwood on Wednesday, June 13, 2018 at 11:30 AM. In lieu of flowers, memorials preferred. Roseville Memorial Chapel 651-631-2727
Published on June 10, 2018