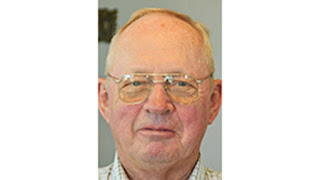 As noted in the June-July 2018 Air Line Pilot ALPA publication In Memoriam column, belated notice with the passing of RNPA member retired Northwest pilot Captain Donald Alvin Lundvall, age 78.  Captain Lundvall joined Northwest Airlines 02-27-1967.  He is survived by his wife June, plus their children and grandchildren and many other family members.
Obituary information may still be found online at
https://www.piercecountyherald.com/obituaries/4351483-donald-lundvall
If more information is received we will be sure to pass it along.
Thank you,
~ Carol for the PCN
Obituary.................Donald A. Lundvall


Donald Alvin Lundvall, 78, of Ellsworth, Wisconsin, went home with his Savior to heaven October 29, 2017. He was born June 27, 1939, in Harrisburg, Pennsylvania, to Harold Algot and Ebba Astrid (Saleen) Lundvall. Don grew up on the Saleen family farm south of Ogallah, Kansas, where he became an avid outdoorsman at an early age. He was a member of Emanuel Lutheran Church (a.k.a. Swedish Evangelical Lutheran Emanuel Church) south of Ogallah, Kansas, where he played the piano regularly. He attended Sunny Slope School through eighth grade, a one room country school house, located south of Ogallah, Kansas. In 1957, he graduated from Trego Community High School in Wakeeney, Kansas, and enrolled in the Air Force Reserve Officers' Training Corps (ROTC) program at Michigan State University the fall of 1957. On September 10, 1960, Don married June Yvonne Metzger in Saginaw, Michigan. In 1961, Don graduated from Michigan State University and was commissioned as Second Lieutenant in the United States Air Force. In February 1962, he reported to Vance Air Force Base (AFB) in Enid, Oklahoma, training in Class 63E. He graduated with distinguished honors and remained at Vance AFB as a flight instructor in the T-37 fighter jet and the AT-33 fighter jet. He was also a flight instructor while stationed at Cannon AFB in Clovis, New Mexico, flying the F-100 Super Sabre fighter jet. He finished his military career in the 185th Tactical Fighter Group Sioux City Air National Guard in Sergeant Bluff, Iowa, flying the F-100 Super Sabre fighter jet, and served as an Air Force Academy and ROTC recruiter in the Air Force Reserve retiring as Major in 1984. During his civilian career, Don flew Boeing and Douglas commercial jets B727, B707-320, B707-720, DC-10, B747-100, and B747-200 for Northwest Orient Airlines (now Delta) for 28 years retiring as Captain in 1995. He and wife, June, also operated the family farms in Ellsworth, Wisconsin, and Ogallah, Kansas. Don was a member of English Lutheran Church for many years and a Life member of the American Legion Post 204. He was a devout Christian, husband, and father who loved spending time with his family, flying, and engaging in many outdoor activities such as hunting, fishing, and riding his Harley Davidson motorcycles. Don is survived by his wife, June Yvonne (Metzger) Lundvall; three children, Dr. Julia (Steve) Hager, Apple Valley, MN, Jeanne (Mark) Scharf, Madison Lake, MN, and Judy (Joseph) Nunn of Farmington, MN; four grandchildren, Alexander, Brooke, and Cameron Hager, and Jaeden Nunn; one sister, Ruth (Arnold) Steifel of E. Lansing, MI; nieces, nephews, and other relatives and friends. He was preceded in death by his father, Harold Algot Lundvall, his mother, Ebba Astrid (Saleen) Lundvall, and step-mother, Florence (Davidson) Lundvall. The visitation will be held from 10:00am-12:00pm on Saturday, November 4, 2017, at the O'Connell-Benedict Family Funeral Home at 130 North Grant Street, Ellsworth, WI. The funeral service will be at 12:00pm at the O'Connell-Benedict Family Funeral Home in Ellsworth, Wisconsin, with Pastor Jeff Smith officiating. Private burial will be held at Fort Snelling National Cemetery in St. Paul, Minnesota at a later date. Memorials may be given to Gideons International or English Lutheran Church in Ellsworth, Wisconsin. Services entrusted to the O'Connell-Benedict Funeral Home of Ellsworth, WI. 715-273-4421
Posted by death at 7:32 PM