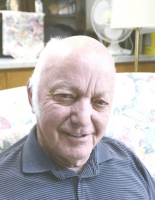 News has reached us with the passing of military veteran retired West Coast/Hughes Airwest (NWA) pilot Captain Harold ‘Loren’ Hoffman, age 81.  Captain Hoffman joined West Coast Airlines 11-06-1967.  He is survived by his wife Barbara, their children and grandchildren, plus many other friends and family members.
You can read more about Captain Hoffman’s military career online at
http://www.142fw.ang.af.mil/News/Features/Display/Article/864346/first-time-at-william-tell/
To view Captain Hoffman’s obituary online please visit
https://obits.columbian.com/obituaries/columbian/obituary.aspx?n=harold-loren-hoffman&pid=189906437
or at https://www.legacy.com/obituaries/name/harold-hoffman-obituary?pid=189906437
Thank you,
~ Carol for the PCN
Obituary.............................HAROLD LOREN HOFFMAN
Harold 'Loren' Hoffman, born July 19, 1937 in Spokane, WA, died August 9, 2018 in Vancouver, WA after suffering from brain cancer.
Loren was preceded in death by his parents, Harold and Thelma Hoffman of Spokane; and his mother and father-in- law, Roy and Mazie Alderman of Spokane.
Loren is survived by his wife of 60 years, Barbara, his sons, John and Steve Hoffman of Portland, OR; his daughter, Laurel Spagnolo of Ridgefield, WA; his son, James and wife Rachel of Seattle, WA; his sister, Linda Hickling of Ocean Shores; nine grandchildren, Jenny, Jessica, Jamie, Alexandria, and Elijah Hoffman, Nicora Gardner, Adria Cays, Jacob and Angelo Spagnolo; eleven great-grandchildren; and many relatives and friends far and wide.
Loren attended Rogers High School and Gonzaga University in Spokane, later graduating from EWU in Cheney, WA.
Loren and Barbara married in 1958.
Loren joined the Air National Guard in 1954 and became an Officer in 1959.
The family moved to Vancouver, WA in 1968. Loren was attached to the Oregon Air National Guard and piloted fighter jets for many years. He flew commercial airlines starting with West Coast Airlines and retired from Northwest Airlines in 1995.
The couple were active members of Our Lady of Lourdes Church and School.
Loren enjoyed motorcycling with his family, his wonderful pets, and entertaining family and friends at Priest Lake, ID.
Loren supported many charities including veterans groups, his church, and local ministries.
Loren was a loving husband, father, grandparent, and friend known for his humor and generosity and will be missed forever.
A Mass of Christian Burial will be held at Our Lady of Lourdes Church in Vancouver, WA on Saturday, August 18th at 11:00 A.M. Internment at Park Hill Cemetery immediately following. Reception at the family home at 1:30.
Please sign Loren's Guest Book at www.columbian.com/obits
Church website:  http://www.ollparish.org/
Sent: Monday, August 13, 2018 9:53 AM   Subject: Captain Loren Hoffman
Captain Loren Harry Hoffman passed away August 8th at 3:45 AM.
He had been dealing with brain cancer for about 10 months and was in a hospice
facility in Vancouver for about a week before Flying West.
The family was at his bed side and Barbara said he just simply stopped breathing.
There will be a service at:
Our Lady of Lourdes Catholic Church
11 AM Saturday, August 18th.
(The church is just west of I-5 on 46th and Franklin street.)
4701 NW Franklin St,
Vancouver, WA 98663-1718
360-695-1366
Please put this out to the membership.
Thanks,
Rog Wood
Posted by death at 10:41 AM