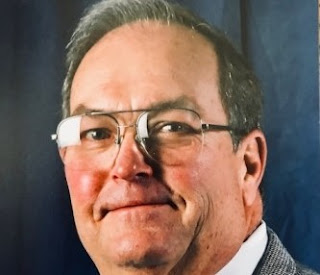 Word has reached us with the passing of retired Delta pilot Captain Steven Brent McGaw Sr., age 70.  Captain McGaw joined Delta Air Lines 03-09-1979.  He is survived by his wife Brenda, their children and grandchildren.
A partial obituary notice may be viewed online at
https://www.everhere.com/us/obituary-durand-steven-brent-mcgaw-7837500
A full obituary may be viewed at http://olsonfh.com/obituary_view.asp?ObitID=10274  also at
http://www.legacy.com/obituaries/rrstar/obituary.aspx?n=steve-brent-mcgaw&pid=189880693&fhid=6081
To the best of my knowledge and per whitepages listing, personal condolences may be sent to the family at
11089 Moate Road , Durand IL 61024-9625
Thank you,
~ Carol for the PCN
Obituary.....................Steven Brent McGaw Sr.
Date of Birth : July 10 1948         Place of Birth : Springfield, Illinois
Date Deceased : Aug 9 2018         Location : Durand, Illinois
It is with great sadness that we announce the death of Steven Brent McGaw of Durand, Illinois, who passed away on August 9th 2018, leaving to mourn family and friends. Leave a sympathy message to the family on the memorial page of Steven Brent McGaw to pay them a last tribute. You may also light a candle in honor of Steven Brent McGaw.
He was loved and cherished by many people including : his wives, Brenda Phillips, Brenda McGaw (Phillips); his children, Steven Jr. (Holly), Bradley (Marla), Brandon (Susan), Heather Simons (Michael); his grandchildren, Andrew, Breanna, Iann, Abbigail, Jacob, Leeanna, Dallas, Nolan, Natalie, Nash, Asher, Amelia; his great grandchildren, Bentley, Brailey, Huntley, Grahm. In lieu of flowers, memorials can be made to: Durand United Methodist Church, P. O. Box 168, Durand, Illinois. For the visitation and funeral service information please see event section below.
--------------
Steve Brent McGaw, Sr., son, brother, husband, uncle, father, grandfather, and great-grandfather, was born July 10, 1948, in Springfield, IL, and passed suddenly August 9, 2018. He met his wife of 50 years, Brenda Phillips, a fellow Springfield High School graduate, at Steak & Shake while working as a cook and she as a car hop. Steve's journey led him and his family through several distinguished careers including working musician, journeyman plumber, City of Rockford water inspector, and Captain of the Boeing 757/767 at Delta Airlines. He was extremely proud to be a member of the Free Masons, Shriners, and Quiet Birdmen. He cherished racing go karts with his boys while his wife and young daughter played in the pit, contemplating his farm from a tree stand, tinkering in the garage and hangar, and above all, flying. He is survived by his loving wife, Brenda (Phillips) McGaw; four children, Steven Jr. (Holly), Bradley (Marla), Brandon (Susan), and Heather (Michael) Simons; twelve grandchildren, Andrew, Breanna, Iann, Abbigail, Jacob, Leeanna, Dallas, Nolan, Natalie, Nash, Asher, and Amelia; and four great-grandchildren, Bentley, Brailey, Huntley, and Grahm. He is preceded in death by his father, Colin McGaw, Jr.; mother, Rita (Halberg) McGaw-Johnson; stepfather, Laverne Johnson; sister, Coleen (McGaw) Brawner; and two precious infant grandbabies.
Funeral services will be held at 11 a.m. Thursday, August 16, 2018, in Durand Methodist Church, 102 E. Main Street, Durand, IL. Visitation will be held at the church from 4 to 7 p.m. Wednesday, August 15, 2018. Interment in Bethel Cemetery in Durand, IL. In lieu of flowers, memorials can be made to Durand United Methodist Church, P.O. Box 168, Durand, Illinois. Arrangements by Olson Funeral & Cremation Services, 1001 Second Ave. Rockford, IL. To send a memory or share a condolence, visit olsonfh.com
----------------------
....I posted on PCN but will also forward to chicago group...thx/C

Carol,  in case you didn't see this about Steve.  Mark

Hello. This is Brad McGaw the son of Steve McGaw Sr.

I don’t have acces to the whole Chicago email group. I was wondering if you might be able to put out a group email to the Delta group about his passing and Funeral service info. I am on the group list but for some reason I can’t find an old email with all the emails included.