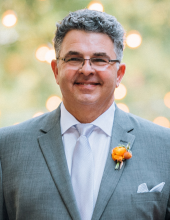 Belated notice and as noted in the latest ALPA publication’s “In Memoriam” column, the passing of Delta pilot Captain Anthony Michael Paradowski, age 60.  We see that Captain Paradowski joined Delta Air Lines 07-24-1987.  He is survived by his wife Katie, his children and grandchildren.  Captain Paradowski’s obituary may still be viewed online at
https://www.legacy.com/obituaries/name/anthony-paradowski-obituary?pid=189333314
or https://www.legacy.com/obituaries/atlanta/obituary.aspx?n=Anthony-Michael-Paradowski&pid=189368460
To view the online guestbook please visit
https://www.asturner.com/obituaries/Anthony-Michael-Paradowski?obId=3118757#/celebrationWall
Read more of Tony’s life story and his love of community and Christmas light displays at https://www.ajc.com/news/local-obituaries/tony-paradowski-decatur-maestro-christmas-light-magic/WfBsVBzmBDGMbLEL7n6TqO/
If more news is received we will be sure to pass it along.
Thank you,
~ Carol for the PCN
Obituary.....................Anthony Michael Paradowski, 60, of Decatur, Ga., died unexpectedly on June 15, 2018 of natural causes. A Delta pilot for 31 years, he had just returned from Sacramento when he collapsed at home.  A memorial service is scheduled for June 23, with a noon visitation and 1 p.m. service in the chapel at A.S. Turner & Sons, 2773 North Decatur Road, Decatur.
-----------------------
Read more about Tony Paradowski on ajc.com:  Tony Paradowski, 60: Decatur’s maestro of Christmas-light magic........
https://www.ajc.com/news/local-obituaries/tony-paradowski-decatur-maestro-christmas-light-magic/WfBsVBzmBDGMbLEL7n6TqO/ 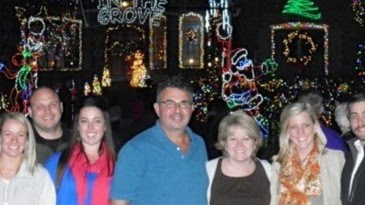 ...........Paradowski was born July 24, 1957, in Buffalo, N.Y., where he grew up. He attended the Air Force Academy, graduating in 1979 with a degree in aeronautical engineering. He remained in the Air Force until joining Delta in 1986, living 10 years in San Antonio before moving to metro Atlanta in 1997. He and Katie Paradowski married in 2005, the third marriage for both........
In recent years Paradowski’s Delta schedule had him working 14 days monthly, leaving time to pour his engineering and woodworking skills into Christmas........