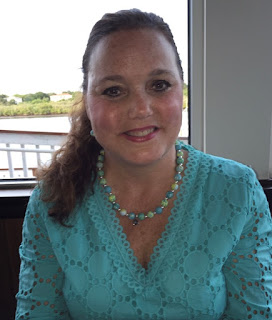 To view/sign the online guestbook for Mary, please visit
https://www.resthavenbatonrouge.com/notices/MaryHelen-Collins
Thank you,
~ Carol for the PCN
Obituary..................
Mary Helen Collins age 54 passed away from this life to be with her Savior Lord Jesus Christ on September 27th 2018 in Baton Rouge, Louisiana.
Mary Helen Collins was a wonderful wife to Glen Charles Collins for twenty  years and a beloved mother of two children Maryssa Helen Collins and Taylor Texada Collins.
Mary grew up in Alexandria, LA where she attended Alexandria Senior High School. After High School Mary attended college at Northeast College in Monroe, LA where she received a BS degree in Nursing. Soon after graduating college Mary moved to Pensacola, FL where she fulfilled her lifelong dream to live near the ocean.  Mary worked as an Emergency Room Nurse, Cath lab Nurse and Air Ambulance Flight Nurse and held many titles in the hospital such as Charge Nurse and House supervisor.  After Mary left clinical nursing she worked as a Legal Nurse Consultant for a defense only law firm. Of all the job titles Mary held, the most coveted position was Mother, of Taylor and Maryssa.
Mary will always be remembered as a person that loved life and always wanted everything she did for others to be extra special. Mary was an avid LSU football and baseball fan who never missed a game.  Mary was actively involved in Taylor and Maryssa’s school and spent many hours volunteering as a room mom in their early school years.  Mary was very proud of her two children and is responsible for the kind, caring and compassionate young man and woman they are today.
Mary was preceded in death by her parents, James Pintard Texada Sr. and Mary Josette Texada.
Those left to cherish her memory include her loving husband Glen Charles Collins, her two children Taylor Texada Collins and Maryssa Helen Collins, her brother James Pintard Texada Jr, and wife Leigh Ann Texada, her sister Beverly Anne “Dee Dee” Texada and beloved family members Karen Texada, Madison Texada and Morgan Texada.
Visiting hours will take place at Resthaven Funeral Home in Baton Rouge, Louisiana between 12:00 and 2:00 pm on October 2, 2018 followed by a memorial service at 2pm.
--------------------------------------------------------------------------------
From: beavan2003@yahoo.com   Subject: Death of Daughter in Law Mary Collins in Baton Rouge, La.
..................... information to you from Ruthie and Glen Collins, former MSY based  Delta Flight attendant and Captain.
Mary Collins daughter in law of Ruthie and Glen Collins died Thursday September 27th in Baton Rouge.  Mary was the wife of their son Glen.
There will be a funeral service to be held at the Resthaven Gardens of Memories and Funeral Home on October 2nd  in Baton Rouge  address follows:  11817 Jefferson Hwy., Baton rouge, La. 70816
Condolences may be sent to Ruthie and Glen at their home in Acworth Ga.