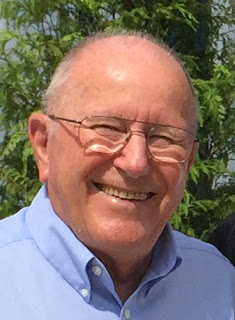 Word has reached our group with the passing of Delta Golden Wings member retired Delta pilot Captain John Paul ‘Jay’ Whitehead Jr., age 79.  Captain Whitehead joined Delta Air Lines 06-13-1966 and retired in 1999, based 030/ATL.  He is survived by his wife Joan, their children and grandchildren.  Please see the funeral home’s notice below, and to sign the online guestbook please visit:
https://www.kays-ponger.com/obituary/272376/John-Whitehead,-Jr/
also  https://www.legacy.com/obituaries/name/john-whitehead-obituary?pid=190371261
For those wishing, personal condolences may be sent to the family at
4559 Cancello Grande Ave., Venice FL 34293-6082.
We understand that memorial services are planned but date is yet to be determined.
A notice of services will be passed along when known.
Thank you,
~ Carol for the PCN
Obituary..........................John Paul "Jay" Whitehead, Jr.
John Paul "Jay" Whitehead, Jr. of Venice, Florida passed away on September 27, 2018. He is survived by his wife Joan Whitehead, his son John Paul Whitehead, III, his daughter Jayme Whitehead, his sister Lynne Hawthorne, his five grandchildren, and his niece and her family. In lieu of flowers, the family requests donations be made to the American Cancer Society or the Alzheimer's Association.;
-----Original Message-----
From: Plato Rhyne Sent: Thursday, October 04, 2018 7:40 AM
Subject: John Paul Jay Whitehead, Jr. Online Obituary | Kays-Ponger & Uselton Funeral Home and Cremation Service
https://www.kays-ponger.com/obituary/272376/John-Whitehead,-Jr/
.....forwarding the obituary for Delta retiree Capt Jay Whitehead who passed away September 27 in Venice, FL. A memorial service will be arranged later and his wife, Joan, can be contacted at:
4559 Cancello Grande Ave.
Venice, FL 34293
941 496-8905
I am sad to have to pass this information to you.