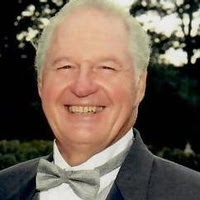 Notification with the passing of Northeast/Delta pilot Captain Ronald A. Gargalowitz, age 83.  Captain Gargalowitz began his commercial flying career with Northeast Airlines 01-17-1966 and retired with Delta Air Lines.  He is survived by his wife Carole, their children plus grand- and great grandchildren.
To view/sine the online guestbook please visit the funeral home website at
http://www.contefuneralhomes.com/obits
or  http://www.contefuneralhomes.com/obituary/donald-gargalowitz
also at http://obituaries.andovertownsman.com/obituary/ronald-gargalowitz-1934-2018-1070432214
Visitation is planned for tomorrow October 5th from 4-8 PM at the Conte Funeral Home, 28 Florence Street, Andover, MA.
Mass of Christian Burial will be celebrated on Saturday, October 6th at 10 AM, at St. Augustine's Church in Andover MA.
For those wishing to send a personal note, condolences may be sent to the family at
6 Delphi Circle, Andover MA 01810-2230.
Thank you,
~ Carol for the PCN
Obituary............Ronald A. Gargalowitz
Ronald A. Gargalowitz, 83, of Andover, died Saturday, September 29, 2018 at home with his loving wife.
He was born December 4, 1934 in Newark, New Jersey to the late Alexander and Teresa (Sofian) Gargalowitz.
Ron grew up in Union, NJ, and graduated from Union NJ High School. He then joined the U.S. Air Force where he learned to fly, and was stationed in northern Africa. Upon returning home, he married Carole Barry and graduated from Embry-Riddle University. The young couple and their first child moved north and lived in Parkchester NY for several years to be close to extended family. He then began his career as a commercial airline pilot. With the addition of a second son and a daughter, the family moved to Fairfield, Conn. for three years. When Ron became based out of Logan airport in Boston, the family moved to Andover, where they have lived for the past 43 years. Ron flew for Delta Airlines for many years and flying was his passion. He also enjoyed golfing, cars, traveling, reading, good food, and tinkering with projects..
Most important to Ron was his family. He is survived by his loving wife Carole of 60 years, his sons, Mark, and wife ,Jean, Paul, and wife Mary, and his daughter, Christine Yoken and husband Craig. Grandchildren include Michael Gargalowitz, and wife, Laura, Michelle Kelly, and husband Kyle, Sarah Yoken and Andrew Yoken; great-grandchildren include Demetri Semel-Wells, Willow Kelly, and Lucy Gargalowitz. Ronald's sisters include Gladys Metzger and Barbara Simon, and her children Jennifer and Stephen.
Family and friends are invited to calling hours on Friday, October 5, 2018 from 4 to 8 p.m. at the Conte Funeral Home, 28 Florence Street, Andover, MA. A Mass of Christian Burial will be celebrated on Saturday, October 6, 2018 at 10 a.m. in St. Augustine's Church in Andover. Burial will follow in West Parish Cemetery, Andover. For online condolences please visit www.contefuneralhomes.com


Memorial contributions may be made to: Catholic Charities, St.Jude's Hospital for Children, or The Wounded Warrior Project.
Posted by death at 4:45 PM