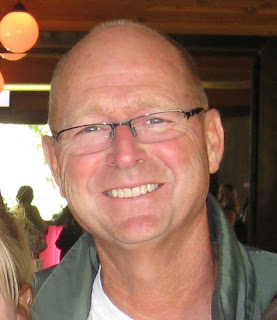 News has reached our group with the passing of retired Delta pilot Captain Donald Jeffrey Kerley, age 66.  Captain Kerley joined Delta Air Lines 09-12-1980, and was based NYC.  He is survived by his wife Denise plus many other family members and dear friends.
To view the obituary online and sign the guestbook please visit https://www.remickgendron.com/obituaries/Donald-Kerley-2/
For those wishing to send a personal note, condolences may be sent to the family at
4 N Shore Road , Hampton  NH  03842.
Services for Captain Kerley are planned for November 7th in Hampton NH....please see obituary notice below.
Thank you,
~ Carol for the PCN
Obituary for Donald J. Kerley..........................
- Donald J. Kerley, 66, of Hampton passed away Thursday November 1, 2018 at his home surrounded by his family. He was born in Indianapolis, IN on December 27, 1951, the son of the late Robert and Clara Mae (Stadtman) Kerley.
A 1970 graduate of Kings Park High School in Kings Park, NY, he was a 1974 graduate of The United States Air Force Academy in Colorado Springs, CO and he proudly served 20 years in the United States Air Force. In 1980 Don became a pilot with Delta Airlines where he worked for 36 years before retiring in 2016.
Family and travel meant the world to Don and he loved sharing adventures with those close to him. The house became the focal point for impromptu “power feeds” of all the children and their friends. He had a great appreciation for life, friends, sports and most of all his country. He was a modest man who was involved in many community activities.
He is survived by his wife Denise, of Hampton as well as his daughters, Jill of New York, NY, Kim & David of Sarasota, FL, and Courtney & Tyler of Westerly, RI; brother, Robert of Conyers, GA and sister Andrea of Fontana, WI, sister in law Michelle & Ed of North Berwick, ME and brother in law Marc & Debra of Swampscott, MA and his 4 nephews.
A celebration of his life will be held at 10:30 am on Wednesday, November 7, 2018 at the United Church of Christ 295 Atlantic Ave North Hampton. Relatives and friends are respectfully invited. Burial will be private. In lieu of flowers, donations may be made to Vets Count New Hampshire, vetscount.org/nh/support-us/make-a-donation/
Celebration of Life:
NOV. 7th  at 10:30 AM
United Church of Christ
295 Atlantic Avenue
North Hampton, NH, US, 03862
--------------
From: John Battagliola [ jwb732@yahoo.com ]    Saturday, November 03, 2018
Subject: Donald J Kerley Funeral Arrangements
To whom it may concern,
I am a retired Delta pilot and my friend Donald J Kerley also a retired Delta Pilot passed last week. I was wondering if you could pass his funeral arrangements to the retired Delta Pilots that belong to your organization.
https://www.remickgendron.com/m/obituaries/Donald-Kerley-2/Memories
Thank You,
John Battagliola 908-419-8317
http://PCN.homestead.com/Death_Form.html  ....
Deceased full name  Donald J Kerley
Date of Birth  Dec 27, 1951
Date of Death  Nov 1, 2018
Relationship  Pilot
Retired , Domicile  NYC
Age at death  66
Cause of death  Cancer
Living Spouse Denise Kerley
Address  4 N Shore Road , Hampton  NH  03842
Airline  DAL
Guestbook URL  https://www.remickgendron.com/m/obituaries/Donald-
Comments Obit  https://www.remickgendron.com/m/obituaries/Donald-Kerley-2/Memories