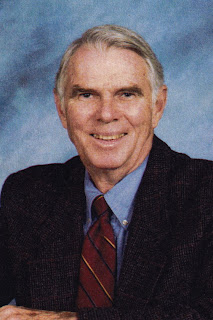 Notification with the passing of retired Western/Delta pilot Captain James Paul Gibbs, age 80.  Captain Gibbs joined Western Airlines 06-05-1967, retiring early due heart issues.  He is survived by his wife Eileen, their children and grandchildren.
Captain Gibbs’ full obituary may also be viewed online at
https://oconnormortuary.com/obits/james-paul-gibbs/
Services for Captain Gibbs were held October 22nd in Mission Viejo, California.
As more information is received we will be sure to pass it along.
Thank you,
~ Carol for the PCN
Obituary..........................James P. Gibbs


Gibbs, James P., born May 28, 1938, in San Diego, raised in National City, CA, died October 2, 2018 at his home in Mission Viejo. Jim attended St Augustine's High and Sweetwater High and then graduated with a B.S. In Political Science from Loyola University, an active member of Alpha Delta Gamma Fraternity. In 1960 he received a Regular Commission in U.S Air Force. Primary and Basic flight training were at Bartow Air Base, Fla. and Reese Air Base, Tex flying T33's and T37's. Assignments followed in C133's at Cape Kennedy Canaveral, the Pacific arena and Vietnam in C123's. In 1966 he became an instructor of R.O.T.C. At University of Southern Calif. As a Captain with seven years of service, he received 24 Air medals, and was honorably discharged. In 1967 he trained to fly the Electra, 737, 727, 720, 707, and DC10 with Western Airlines, retiring after 19 1/2years. Through it all, he pursued his interest in Real Estate, in sales and management of his rental homes. Pride of his life were his five children, Susan, David, Paul, Denis and Cara. Camping, boating and water sports brought all the family out for fun. Jim is survived by his wife, Eileen, married 57 years; daughters, Susan Lund (Greg), Cara Thompson (Jason); son, David (deceased); daughter-in-law, Jeanne Oakley; sons, Paul (Denise) Gibbs, Denis (Jennifer) Gibbs; and seven grandchildren.
Posted by death at 2:03 PM