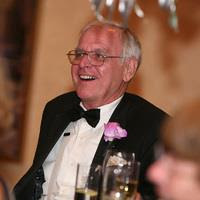 Notification with the passing of retired Delta pilot USAF ret. LT. Col. Richard Reece Roudabush, age 71.  Lt. Col. Roudabush joined Delta Air Lines 07-16-1990 and was based LAX727C.  He was widowed in December 2014 with the passing of his wife JoAnne ‘Jody’....both obituaries appear below.  To view Lt. Col. Roudabush’s obituary online, click on at  https://www.legacy.com/obituaries/mercedsunstar/obituary.aspx?n=richard-r-roudabush&pid=190792148
Service arrangements are not known.
Thank you,
~ Carol for he PCN
Obituary............Lt. Col. Richard R. Roudabush (1947 - 2018)
Lt. Col. Richard R. Roudabush, retired United States Air Force
February 10, 1947 - November 18, 2018
Lt. Col. Richard Reece Roudabush passed away early Sunday morning due to complications from a long and hard fought battle with Multiple Sclerosis. Richard was born in Brooklyn, Iowa on February 10, 1947, the third child of Robert and Marie Roudabush. Richard graduated from Brooklyn-Guernsey-Malcom High School in 1965 and then earned a Bachelor of Science, Engineering at the University of Iowa in 1969. After graduation, he joined the United States Air Force, where he flew a KC135. He met JoAnne E. Roudabush (deceased), his wife of 40 years, in Sacramento, California while he was stationed at Mather Air Force Base. Together they had four children as they were stationed at Incirlik Air Force Base in Adana, Turkey; Fairchild Air Force Base in Spokane, Washington; Buckley Air Force Base in Denver, Colorado; and, finally at Castle Air Force Base in Atwater, California where he retired a Lieutenant Colonel after 20 years of service. He continued his passion for flying as a commercial airline pilot for Delta Airlines until the Multiple Sclerosis forced him to retire.
Richard was extremely generous and as a lifelong and active member of Rotary International and the Daedalions, he donated whatever he could, whenever he could. He loved his family, his almond orchard, and the Iowa Hawkeyes.
Richard is survived by his sister, Marilyn Gearhart; his children, Gabrielle Roosevelt, Maegan Roudabush, Molly Roudabush, and Justin Roudabush; five grandchildren; a son-in-law and a daughter-in-law. He had one loving brother, Robert (Bob) Roudabush, who predeceased him by a year.   www.cvobituaries.com
-------------------------------------
JoAnne Elizabeth Roudabush      March 14, 1945 - December 11, 2014


Jody Roudabush left us early Thursday morning, December 11, 2014, surrounded by her husband and children. Born JoAnne Elizabeth Roudabush (nee Fennen), our beloved and respected wife, mother, sister, and friend was born in Lansing, Michigan, and grew up in the Sacramento area, where she met Richard Roudabush at Mather Air Force Base. They fell in love and married in 1972. As an Air Force wife, she moved numerous times with assignments in Incirlik, Turkey, Denver, Colorado, Spokane, Washington and finally Castle Air Force Base. Jody is survived by her husband of 42 years, Richard Roudabush, their four children, Gabrielle, Maegan, Molly, and Justin, their four grandchildren, Duncan, Charlotte, Carly, and Alex, and her two brothers, David and Brian. Over the years, Jody derived great satisfaction raising her children, working at the Castle Air Museum, making stained glass art with her friends, and catering parties in the local area. Jody passed away shortly after being diagnosed with pancreatic cancer. We love her and already miss her. In lieu of flowers, please donate to the Parkinson's Foundation or a charity of your choice, in memory of JoAnne Roudabush............
Posted by death at 12:49 PM