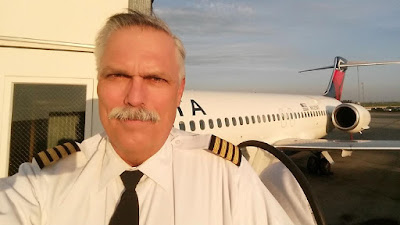 Notification with the passing of Northwest/Delta pilot Captain Brian Walt Gilbert, age 61.   Captain Gilbert joined Northwest Airlines 09-20-1996 and was based LAX with Delta Air Lines.
To view/sign the online guestbook and to view the family photo gallery, please visit or click on at:
http://obits.dignitymemorial.com/dignity-memorial/obituary.aspx?n=Brian-Gilbert&lc=1011&pid=191016262&mid=8090885
Arrangements for Captain Gilbert are not known.
Should we receive further information we will be sure to pass it along.
Thank you,
~ Carol for the PCN
Obituary............ Brian Walt Gilbert
Brian Walt Gilbert was born on July 13, 1957 at Richmond Hospital in Richmond, California. His parents were Thomas Clinton Gilbert and Ruth June Gilbert. Brian was raised in El Sobrante, California. He was raised in a very loving home with three siblings. He was the youngest for four children. He had two older brothers, Tom and Mark, and an older sister Joanie.
Brian had a fun childhood and quickly discovered his love for sports. He attended De Anza High School and was a star varsity football player. He graduated in 1976.
In 1983, he met Teresa Renee Hatton in Fort Campbell, Kentucky. He quickly fell in love and married Teresa on January 11, 1984. They remained in love and happily married. They enjoyed each others company and were best friends throughout their lives.
Brian was proud to be an American. He had a love for his country and was proud to serve in the United States Army. He served from 1983-1989. He completed basic training at Camp Cassey in Korea followed by time at Fort Campbell, Kentucky and Fort Rucker, Alabama. Through his hard work and dedication he achieved the rank of W2 - Warrant Officer. He was a Black Hawk Helicopter pilot and received instruction that led to a lengthy career as a commercial airline pilot for Northwest Airlines followed by Delta Airlines. He traveled the world as an international pilot and he was a Federal Flight Deck Officer for the U.S. Department of Homeland Security. He had an amazing career that he worked hard for and was very proud of. He was a family man. He had four children, Nancy, Nick, Katie, and Tommy. He had eight grandchildren, Isabel, Zachary, Jett, Jacob, Mila, Kira, Weston, and Michael. He enjoyed spending time with his family.


Brian will be greatly missed by many. He was a faithful husband, loving father, and fun grandfather. He was very kind, generous, and humble. He was a great example of unconditional love. While we will miss him greatly, we take comfort knowing that he is with Jesus. Our loss is Heaven's gain. We will surely see him again.
Posted by death at 1:54 PM