Lt. Colonel (Ret.) Francis (Frank) C. Reidinger, 79, made his ‘last flight west’ on December 27, 2018 in The Heart Hospital, Plano, Texas.
Frank grew up in Shamokin, PA and Elyria, OH.  He went through pilot training as an aviation cadet. He served in the Air Force/Air Force Reserve as a pilot for 24 years, flying C-124’s and C-7’s.  He flew worldwide, including South VietNam. In 1966 he joined Delta Airlines.  Frank was recalled to active duty from Delta during the TET Offensive in 1968.  He flew for Delta for 31 years and retired as Captain on Boeing 757/767s.
He enjoyed tennis, golf and sailing, serving as Commodore of the Amelia Island, Florida Sailing Club.  Frank was Operations Officer of the Amelia Island Civil Air Patrol, a volunteer at Baptist Medical Center Nassau, and served as a board member of The Amelia Island Museum of History. He spent many hours interviewing Veterans for the Veterans History Project.   At the time of his death, Frank served as a volunteer at The Texas Health Harris Methodist Hospital Southwest in Fort Worth.
Frank was a kind and generous man with a great sense of humor.   He never met a stranger.  He will be missed.
Frank Reidinger is survived by his wife JonAnna (Perry), son Michael, daughters Lynn Schwirtz and husband Jeff of Arlington, Texas, Karen Stewart and husband Michael of Duluth, Georgia; sisters Ann Bittner of Elyria, Ohio, Jean Toombs and husband Ben of Rome, New York, Laurie Hofts and husband Tom of Plant City, Florida; stepsons Jay Dyer and wife Berkley of Austin, Texas, and Jeff Dyer and wife Christy of Fort Worth, Texas.  He is survived by eight grandchildren:  Linden Stewart and Baden Stewart of Duluth, Georgia, Jane, Lettie, and Gini Dyer of Austin, Texas, and Jackson, Ava, and Emrey Dyer of Fort Worth, Texas.  He also leaves behind the mother of his children Judith Wiele Armstrong of Cleveland, Tennessee.
The family would like to express their appreciation for the care received at The Baylor Scott & White Heart Hospital, Plano, Texas.
A celebration of Frank’s life will be held in the Spring.
In lieu of flowers, memorial contribution may be made to the Wounded Warrior Project, PO Box 758517, Topeka, Kansas 66675-8517.

Hello! I wanted to let you know what the plan will be for dad.
We will honor dad's wishes and do a service at JonAnna's church in Ft. Worth and take dad’s ashes to the DFW Natl Cemetery on a Saturday in a few months. Probably early spring.
We also want to have a celebration to honor and celebrate a great man- one in FTW and one in Atlanta. Not sure when we’ll do that but we want to make sure there's plenty of notice!
❤️

~ IN MEMORY ~
USAF veteran, DL Capt. Francis ‘Frank’ Reidinger
December 25, 1939 ~ December 27, 2018
News with the passing of Delta Golden Wings member retired Delta Air Lines pilot Captain Francis C. Reidinger has reached our group.  Captain Reidinger had just reached his 79th birthday. He is survived by his wife JonAnna.  Arrangements are not yet known.  Please see available information with family contact below, and we will keep you posted as to arrangements.
And for more of Captain Reidinger’s military career, you may wish to visit this site:
https://ameliaisland.pastperfectonline.com/archive/C20BF925-8487-45BD-AE2D-975670980627
Thank you,
~ Carol for the PCN
From: David L. Roberts Sent: Friday, December 28, 2018 3:57 PM
Subject: Death of retired DL Captain Francis C. Reidinger 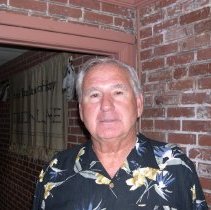 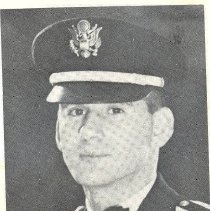 CARES AND  CONCERNSThe death of retired Delta Captain Francis C. Reidinger, 79, was reported to me this morning by his wife Mrs. JonAnna Reidinger.  Frank entered the hospital October 7, 2018 to prepare for surgery to repair the Tricuspid Valve in his heart on October 12th.  The heart surgery was successful but the stress of the operation in his weakened condition has kept him in the hospital ever since, much of the time in ICU and on life support.  After nearly three months of this, on Wednesday Frank asked JonAnna and his daughter Lynn Reidinger Schwirtz to take him off life support, which they did, and he passed away last night, Thursday, December 27th, with JonAnna and Lynn and Lynn's husband with him.

Frank was born in Elyria, Ohio on Christmas Day 1939, was in USAF Aviation Cadet Class 61-Echo beginning in October 1959 and received his pilot's wings and commission as a 2nd Lieutenant in January 1961.  After several years of active duty he was hired by Delta on April 11 1966.  He remained in the USAF Reserve at Dobbins ARB and retired as a Lt. Colonel.  The family is planning services now and will advise as plans are completed.  Expressions of condolence may be sent to the Reidinger family in care of Mrs. JonAnna Reidinger, 6720 Medina Drive, Fort Worth, TX 76132, 682-224-5795.