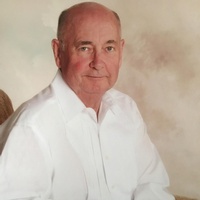 Our group website has received notice with the passing of retired Northeast/Delta pilot Captain Frederick William Ravlin, age 78.  Captain Ravlin joined Northeast Airlines 05-02-1966 and retired with Delta Air Lines in 2000, based 030/ATL.  Widowed in September 2012 with the passing of his wife Reudean, Captain Ravlin is survived by extended family members.....please see obituaries below.
Captain Ravlin’s obituary/guestbook is available online at https://www.lohmanfuneralhomes.com/obituary/frederick-w-ravlin
Should more information be received we will be sure to pass along all updates.
Lohman Funeral Home of  Port Orange, Florida has been entrusted with arrangements:  386-761-1100.
Thank you,
~ Carol for the PCN
Obituary........................ Frederick W. Ravlin , age 78
Guestbook URL:   https://www.lohmanfuneralhomes.com/obits
Frederick William Ravlin, known to family and friends as Jug, passed away peacefully December 26, 2018 at the age of 78. A long-time resident of Spruce Creek Fly-In Community, he was born in Coral Gables, Florida on November 12, 1940. He graduated from Coral Gables Senior High School in 1958 and Florida Southern College. An intimate celebration of life reception will be held in his honor. Jug was known by his family and friends to be adventurous, high-spirited, and a bit of a hell-raiser. The greatest loves in his life were his devoted wife Reudean, family, aviation, muscle cars, and hunting-particularly birds. In his earlier years, he could be found racing through the canals of Coral Gables in his speed boat. He dove hunted in South America, elk hunted on horseback in Wyoming, and traveled North America in a motorhome, deer hunting with his friends. The trip ended when he set the motorhome on fire. Jug’s first training flight ended when the prop fell off the plane requiring an emergency landing in the Everglades. While acquiring his flight hours, Jug flew all over the United States including flying into the Grand Canyon. He became a pilot for Northeastern International Airways and later, he was a pilot for Delta Airlines for 34 years. In the mid-sixties, he met the love of his life, Reudean at a local ice cream shop. He enjoyed telling people he picked her up at a bar and would laugh as he clarified it was an ice cream bar. They were married in June of 1969 and the two spent 43 lovely years together. Jug and Reudean traveled the world. While working for Delta, they flew back and forth together between Germany and Atlanta ensuring minimal time apart. 34 years as an airline pilot and Jug spent his life as Reudean’s copilot in their Piper Turbo Arrow. Never a harsh word was exchanged between the two. They traveled on the Concorde, toured the Australian coast in a Cessna Skyhawk 172, as well as numerous flights in North America in their Piper. Jug was an active member of the Pilots Association, EAA Chapter 288, and the NRA. He was preceded by his parents, philanthropist Madelon Ravlin and engineer Frederick F. Ravlin, and his wife, Reudean Ravlin. He is survived by his brother-in-law Willard Wild Sulton (Mary) of Oviedo, niece Mary Reudean Morrison (Jeff) of Winter Springs; nephew Jacob Daniel Sulton (Megan) of Alva; two grand nephews and two grand nieces. In lieu of flowers, donations in his memory may be made to the American Cancer Society or the Wounded Warrior Project. https://www.lohmanfuneralhomes.com/obituary/frederick-w-ravlin
Contact Name : Mary Morrison  MaryRMorrison@cfl.rr.com  Phone: 407-619-0634
-----------------------------
Wife Reudean’s obituary.............. https://www.lohmanfuneralhomes.com/obituary/ravlin-reudean
Reudean Ravlin, age 70
August 6, 1942 - September 21, 2012
Reudean Ravlin of Spruce Creek passed away peacefully on September 21, 2012. Born in Charleston South Carolina she grew up in Orlando graduating from Edgewater High School and Orlando Junior College. She also later graduated from the University of Florida. A Celebration of her life will be held at 11:00am September 29 2012 in the Spruce Creek Fly-In at 224 Cessna Blvd. Reudean was known by family and friends as a very compassionate and determined woman. As a fighter she was tough on the outside and as soft of a soul as the color pink that she loved to surround herself in.
The greatest love in her life was her husband and family followed by her love of flying and dance. As a young woman she was a flight attendant with Eastern Airlines for seven years where she met her loving husband.