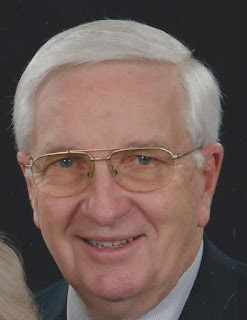 Word has reached our group, news with the passing of retired Delta pilot Captain Harry Franklin Rue, age 79. Captain Rue joined Delta Air Lines 01-03-1967 and retired with Delta in June 1997, based 030/ATL.  Having recently lost their son Henry in November 2018, Captain Rue is survived by his wife Emily Bland Rue and their son Jason and his family.
To view/sign the online guestbook please visit the funeral home website at
https://www.littledavenport.com/notices/HarryFranklin-Rue
Funeral services are planned  for Friday, February 8th in the chapel of Little & Davenport Funeral Home located at
355 Dawsonville Hwy SW, Gainesville, GA 30501.  Interment will follow in the Alta Vista Cemetery.
To the best of my knowledge, personal condolences may be sent to the family at
3636 Lamplighter Cove Rd # 2 , Gainesville GA 30504-5445.
Thank you,
~ Carol for the PCN
Obituary...............
Harry Franklin  Rue was born in Jobstown, New Jersey, January 6, 1940, to parents Harvey and Esther Rue.  He was preceded in death by his son, Henry Rue.
Mr. Rue is survived by a brother, Earl Rue, a sister, Gladys Kleinknecht, wife, Emily Bland Rue, son and daughter-in-law, Jason and Courtney Cain Rue and grandchildren, Mary-Cain, Samuel and Harrison Rue.
Harry lived a life of adventure. When he wasn't attending to chores on the family dairy farm, he was exploring the countryside by motorcycle.  After graduating from Rutgers University, he joined the United States Navy and earned his aviator wings.  Harry flew anti-submarine missions that guarded U.S. and territorial coastal waters during the Cuban Missile Crisis.    The adventures continued as Harry balanced his 53 year marriage and a professional flying career.  He was a dedicated and steadfast father, and a particularly proud grandfather.  Even up to his final days he enjoyed exploring the countryside by skyways and highways with the greatest of friends.
Funeral services will be held at 2:00 p.m. Friday February 8, 2019 in the chapel of Little & Davenport Funeral Home.  Dr. Bob Cain will officiate.  Interment will follow in the Alta Vista Cemetery.  The family will receive friends at the funeral home Friday from 12:00 p.m. until the funeral hour.
Those wishing to send online condolences to the family may do so at littledavenport.com


Little & Davenport Funeral Home and Crematory of Gainesville is in charge of arrangements.
Posted by death at 12:12 PM