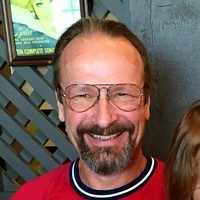 Belated news... as noted this month in ALPA’s magazine In Memoriam Column, the passing of retired Delta pilot Captain Jeffrey ‘Jeff’ Mark Dirks, age 70.  A veteran of the USAF, Captain Dirks joined Delta Air Lines  09-04-1989.   He is survived by his wife Elizabeth, his children and grandchildren plus many other friends and family members.  Please see obituary information below.
Captain Dirks obituary may still be viewed online at the funeral home website
http://www.mulkeymasondenton.com/obituary/jeffrey-dirks
Also at https://www.findagrave.com/memorial/193430474/jeffrey-mark-dirks
For those wishing to send a personal note, whitepages lists the family residence as
745 Valley View Ct., Argyle TX 76226-1719.
Thank you,
~ Carol for the PCN
Obituary.......................
Services are scheduled for 11 a.m. on Tuesday, September 25, at Denton Bible Chapel for Jeffrey Mark Dirks of Argyle.
Jeff, 70, died Wednesday, September 19, 2018 at Medical City Hospital in Dallas, following a courageous battle with cancer.
Jeff was a devoted husband, father, brother, grandfather and friend.  He will be remembered as a man of many talents—athlete, fighter pilot, marksman, engineer, motorcycle rider, scholar and musician—but more importantly for his quiet strength, humility, wit, wisdom and reliance on God.  A mentor, role model and listening ear to many, he will be deeply missed.
Jeff was born on August 14, 1948, St. Louis, Missouri to Kenneth Ray and Betty Jean (Worsham) Dirks.  As the son of an Army surgeon, Jeff was raised in California, Washington, England, Germany and Maryland.
Jeff married Elizabeth Ann Martin, on February 11, 1992, and the couple has since resided in Argyle, Texas.  He had previously retired as a Lieutenant Colonel from the United States Air Force after 20 years of service to his country.  He later flew for Delta, attended classes at Dallas Theological Seminary and graduated from Texas A&M law school.  Jeff and Elizabeth were active members of Denton Bible Church, volunteering as regular toddler Sunday School teachers and premarital counselors.  He also served as a leader in the Bible Study Fellowship (BSF) children’s ministry for over a decade.
In addition to being survived by Elizabeth, Jeff is survived by five daughters: Kori Voller of New Blaine, Arkansas; Lacy Claire and husband John of West Lafayette, Indiana; Lisa Moore and husband Jeremiah of Waxahachie, Texas; Carrie Henderson and husband Bryan of Dallas, Texas; and Marcie Pulley and husband Martin of Plano, Texas.
He is also survived by his mother, Betty Dirks of Bryan, Texas; sister Debbie Dorcus and husband Harry of Oakton, Virginia; and sister Melissa McConnell and husband Bill of College Station, Texas.  He was preceded in death by his sister, Susan Huffman, and brother, Timothy Dirks.
He is also survived by thirteen grandchildren: Kayla, Holly, Jace, Reagan, Noah, Miles, Michael, Lizzy, Charis, Annabelle, Emmeline, L.G. and Benji, as well as numerous nieces and nephews.
Tommy Nelson will officiate at the memorial service to be held at 11 a.m. on Tuesday, September 25, at Denton Bible Chapel, 2300 E. University Drive in Denton.  A visitation will be held from 5 p.m. to 7 p.m. on Monday, September 24, at Mulkey-Bowles Montgomery.  A private burial will follow at a later date at the Dallas-Ft. Worth National Cemetery.


In lieu of flowers, memorial contributions may be made to the Woman to Woman Pregnancy Center at www.dentonprc.org, BSF International at www.bsfinternational.org/support/give-to-bsf or Denton Bible Children’s Ministry.
Posted by death at 11:12 PM