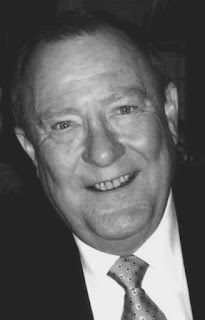 Notification with the passing of retired Northwest pilot Captain William Shepard Gum, age 78.  Captain Gum joined Northwest Airlines 06-23-1969.  He is survived by his wife Joyce.
To view the obituary online please visit
https://www.dignitymemorial.com/obituaries/stuart-fl/william-gum-8179974  or
https://www.legacy.com/obituaries/tcpalm/obituary.aspx?n=william-shepard-gum&pid=191642394&fhid=10588
A gathering of family and friends with services following will be held tomorrow February 26th at Aycock Funeral Home, Young and Prill Chapel in South Stuart, Florida.
Thank you,
~ Carol for the PCN
Obituary..............William Shepard Gum
William Shepard Gum, of Hobe Sound, Florida passed away on February 19, 2019.
Born on December 16, 1940 in West Plaines, MO, Bill was an Eagle Scout in his earlier years, and graduated from Drury University in Springfield, MO with degrees in both Economics and Finance.
He was a veteran of the United States Air Force where he was a pilot for 7 years, and completed 3 tours in the Vietnam War. Later, Bill became a 747 airline pilot for Northwest Airlines, which is now Delta for 30 years.
He enjoyed skiing, and boating-both sail and motor yachting. Bill and his wife, Joyce spent many weeks on their boat in the Bahamas.
He was an avid reader, a history buff and was always on the quest for further knowledge.
Bill is survived by his wife Joyce of 56 years and they renewed their vows 6 years ago aboard a Celebrity Cruise Line. He is also survived by his sister in law, Beverlie Scott of Port Charlotte, FL, and brother and sister in law, Rex and Laurie Linder of Peoria, IL.
A gathering of family and friends will be held on Tuesday, February 26, 2019 from 10:00AM-10:30AM with a Memorial Service to begin at 10:30AM at Aycock Funeral Home, Young and Prill Chapel in South Stuart.


Please visit his online obituary at www.youngandprill.com
Posted by death at 9:18 PM